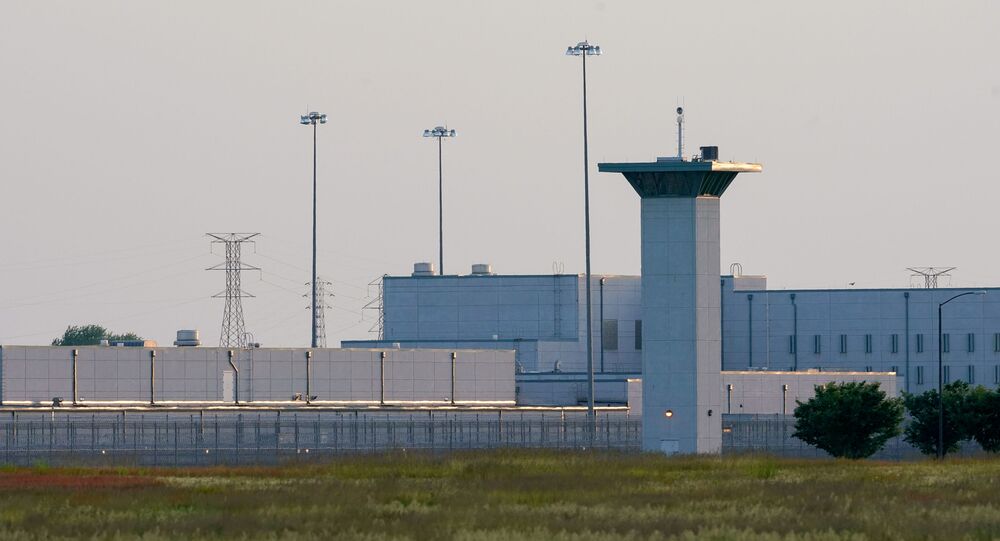 Orlando Hall, who was convicted of kidnapping, raping and killing a 16-year-old Texas girl, was among the first people to be condemned under the 1994 Crime Bill.

The US Justice Department has put Orlando Hall to death, the Bureau of Prisons announced. The federal execution was the 8th to occur during Donald Trump's term in office.

In September, 49-year-old Hall recieved a letter notifying him of the date his death sentence would be implemented. The convicted killer was executed by lethal injection.

Hall was accused of kidnapping, raping and murdering 16-year-old Lisa Rene together with his four accomplices back in 1994. Rene, who was the sister of two drug dealers in Texas, was taken from her apartment by Hall, who sold marijuana in Arkansas at the time, to exact revenge on her siblings.

After being raped and beaten with a shovel, the girl was buried alive two days later.

One of Hall's accomplices, 47-year-old Bruce Carneil Webster, had his death sentence rescinded last year, after a judge ruled that he was intellectually disabled.

Hall's death came despite claims from his lawyers, Marcia Widder and Robert Owen, that all-white juries in the case were racially "biased" and did not hear arguments about his violent background that could have potentially mitigated the final sentence.

"Mr. Hall has never denied the role he played in the tragic death of Lisa Rene," the statement from his lawyers reads. "But the jury that sentenced him to death did not know key facts about his background, and the path toward personal redemption that Mr. Hall has followed in prison shows that he is not among the 'worst of the worst' for whom the death penalty is properly reserved."

Hall's federal execution became the eighth under Donald Trump's administration this year, after the president brought the punishment back after a 17-year halt.

This summer, the Department of Justice carried out federal executions for the first time since 2003. In July, three people were put to death at the federal prison in Terre Haute, Indiana, starting with Daniel Lewis Lee, who was convicted of aiding in the killing of William Mueller, Nancy Mueller, and her  8-year-old daughter Sarah Powell back in 1996.

Four more death penalties were implemented throughout August and September.

When the federal measure was revived, Attorney General William Barr said that the justice system owed it "to the victims of these horrific crimes, and to the families left behind, to carry forward the sentence".