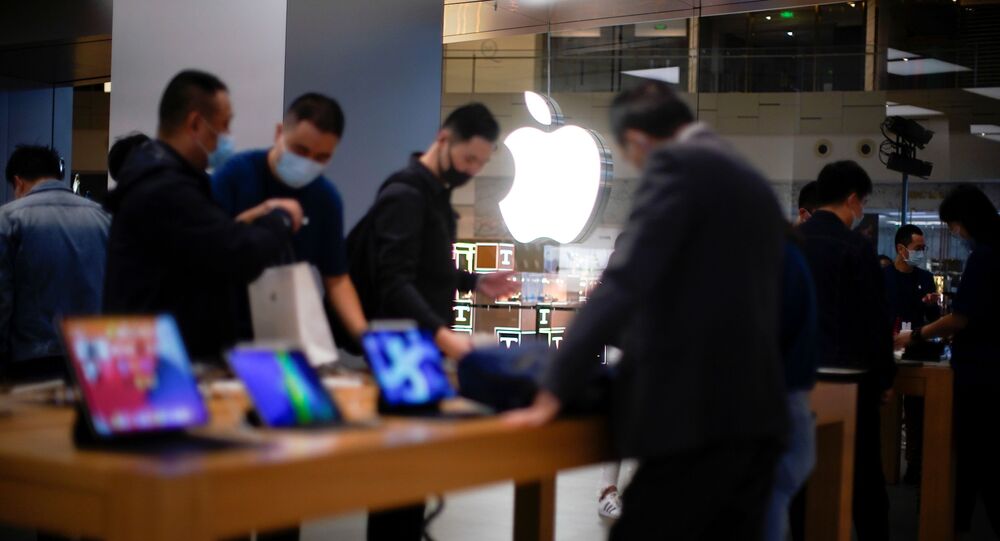 WASHINGTON (Sputnik) - A coalition of US state attorneys general has secured a $113 million settlement with Apple for its "throttling" of consumers’ iPhone speeds to prevent an unexpected shutdown of devices, Missouri Attorney General Eric Schmitt said in a Wednesday statement.

"A coalition of over 30 other attorneys general announced a $113 million settlement with Apple Inc. regarding Apple’s 2016 decision to throttle consumers’ iPhone speeds in order to address unexpected shutdowns in some iPhones," Schmitt said.

Schmitt said that Missouri will receive $3.4 million from the settlement, which also required Apple to provide "disclosures of truthful information" to consumers about iPhone battery health, performance, and power management in various forms on its website, in update installation notes, and within the iPhone user interface.

Breaking down the case, Schmitt said that Apple discovered that battery issues were leading to unexpected shutdowns in iPhones and rather than disclosing these issues or replacing batteries in the devices, the company concealed the issues from consumers.

He said Apple’s concealment ultimately led to a software update in December 2016 that reduced iPhone performance, in an effort to keep the phones from unexpectedly shutting down.

The attorneys general also noted that Apple’s concealment of the battery issues and decision to throttle the performance of consumers’ iPhones led to the company profiting by selling additional iPhones to consumers whose phone performance Apple previously had slowed.

Apple has entered into a proposed settlement of class action litigation related to the same conduct, and under that, will pay out up to $500 million in consumer restitution.