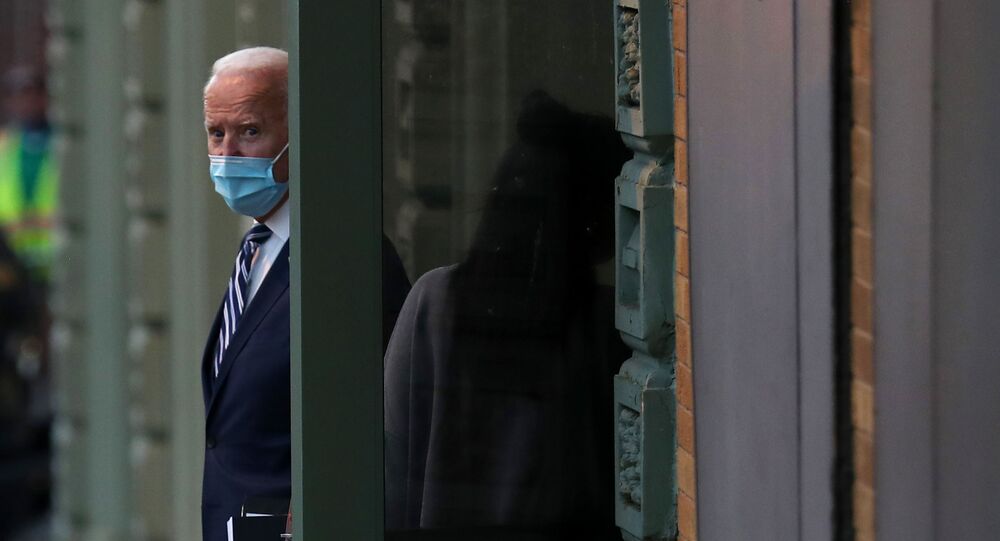 MOSCOW (Sputnik) - The Trump administration is preventing Joe Biden from accessing messages sent by foreign leaders that are currently in the possession of the State Department, the CNN broadcaster, citing sources familiar with the matter, said on Thursday.

US media outlets this past Saturday declared Biden's victory over Trump in the recent election. However, the incumbent president has yet to concede defeat, claiming electoral fraud, and government bodies have yet to initiate the transfer of power.

"They [Biden's team] would prefer to be using the State Department's resources," the broadcaster quoted a source as saying.

According to CNN, the Trump administration has prohibited Joe Biden from accessing State Department resources; dozens of messages have not been received.

In turn, Biden's team is in touch with foreign governments without State Department participation, according to reports.

Biden has already held phone talks with several world leaders, including UK Prime Minister Boris Johnson, although many messages remain under the State Department's radar, the broadcaster said, adding that the Democratic candidate is also being prevented from receiving daily intelligence briefings.

Speaking on Tuesday, Secretary of State Mike Pompeo appeared not to recognise Biden's declared victory, stating that there would be a "smooth transition" to a second Trump administration.

The General Services Administration, the state body that is tasked with managing the transition from one president to another, has also yet to certify the projected result of the election.

Trump has pledged to file lawsuits in states where he and his administration believe that voter fraud took place.