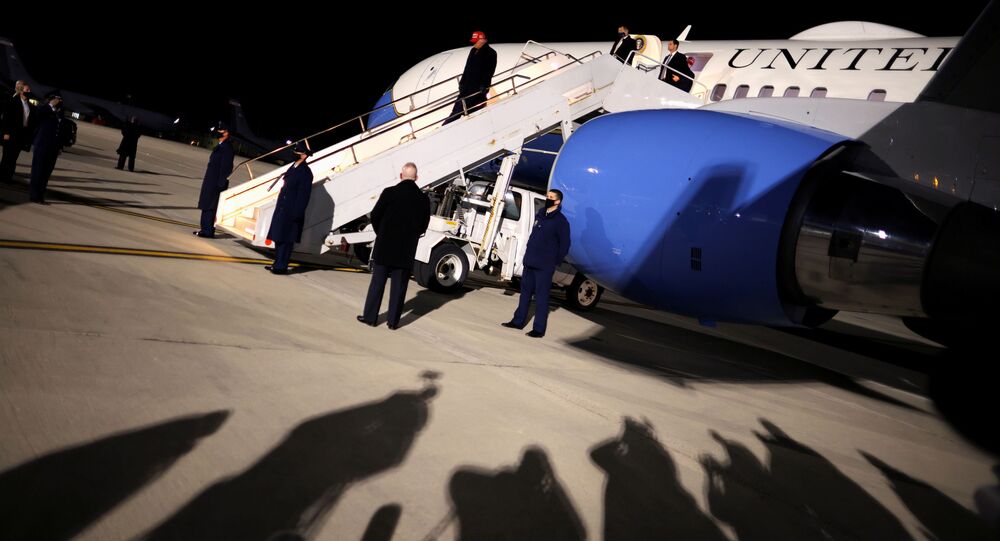 The tradition of a US presidential air transport dates back to the Second World War and Franklin D. Roosevelt. The present-day Air Force One is actually two highly-modified Boeing 747 airliners fitted with an array of security and communications equipment.

The un-named officer, who has served in the US for several years, has been placed on the reserve list to fly one of the two specially-converted jumbo jets used as dedicated VIP transports for the US president and his entourage.

"The wing commander chosen served a number of years in the US and is well acquainted with how the US Air Force operates," a source told the UK's Sunday Express.

The famous 'Air force One' is not a single aircraft but a radio call sign for any US Air Force plane carrying the US president - usually one of a pair permanently at his disposal. The current fleet is made up of two Boeing VC-25s - B747-200 airliners converted to an executive jet-style cabin layout but with a number of security features, a high-tech communications suite.

The USAF has decide the two current jets, which went into into service in 1990, are no longer cost-effective to keep in service. They are set to be replaced by a pair of new Boeing 747-8s. Current President Donald Trump criticised the purchase as too expensive, then beat Boeing down to $3.9 billion for the two jets. the 100,000-page user manuals for the new jets reportedly cost $84 million each.

Courtesy of US Air Force/ Senior Airman Brittany Chase
Air Force One Nearly Collides With Drone-Like ‘Flying Object’ Amid Descent - Report
Other official government aircraft include the vice-president's 'Air Force Two', currently a Boeing 757 converted to the C-32 standard, and 'Marine One', the president's helicopter transport fleet of an SH-3 Sea King and a UH-60 Black Hawk operated by US Marine Corps Squadron One.

RAF pilots on exchanges with the USAF have previously flown a number of combat jets, including the B1 Lancer swing-wing bomber and B2 Spirit stealth bomber. The B2 has a whopping a price tag of $2 billion per aircraft and is capable of capable of carrying 16 B83thermonuclear free-fall bombs, each with a yield of 1.2 megatons.