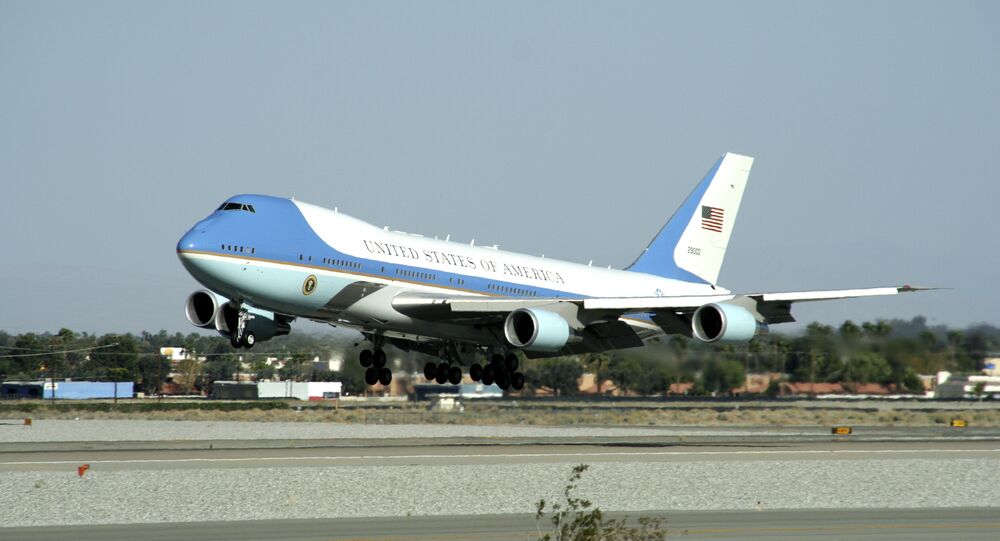 The Pentagon has revealed that the flight and maintenance manuals for the new Air Force One jets that fly the US president around will cost some $84 million.

Manuals for the presidential Air Force One jets, a set of highly modified Boeing 747 airliners, will set the US government back by $84 million. The number was revealed in a Defense Department contract announcement on Wednesday, showing the contract had been awarded to Boeing.

According to the release, the manuals are expected to be complete by January 15, 2025, shortly after the two new 747-8 aircraft, known officially as Boeing VC-25s, are due to be delivered.

However, the manuals are quite extensive: according to Defense One, they’ll contain more than 100,000 pages describing how to both fix and fly the massive passenger jets.

By comparison, an operations manual for a Boeing 747-400 is 964 pages. Sputnik wasn’t able to determine how long that aircraft’s maintenance manual is, but just one chapter proved to be more than 4,100 pages.

“I expect there is a lot of specific mission equipment that is integrated into the [new Air Force One]…that could affect the handling of the aircraft,” Richard Aboulafia, vice president for analysis at Virginia consulting firm The Teal Group, told the outlet.

US President Donald Trump has boasted that by personally renegotiating the contract, he won a bargain price of $3.9 billion for the two jets. However, that has repeatedly proven not to be the entirety of costs associated with the program. Two new hangars will have to be built at Joint Base Andrews, a large military facility in suburban Maryland, and the Air Force will require spare parts and other support equipment, as well as money for training the plane’s new crews. Altogether, that adds another $1.4 billion to the project, not including the pricey manuals.

Although Air Force One is based on the passenger planes used by airline services around the world, it hosts an impressive suite of facilities to support the duties of the US president and his retinue, including offices and meeting rooms, sleeping quarters and galleys and top-of-the-line navigation and communication equipment, according to the manufacturer. It is also uniquely reinforced to survive an electromagnetic pulse.

'90% Chance of Flying Off the Runway': Ex-Air Force One Pilot Recalls Extreme Landing With Putin Onboard