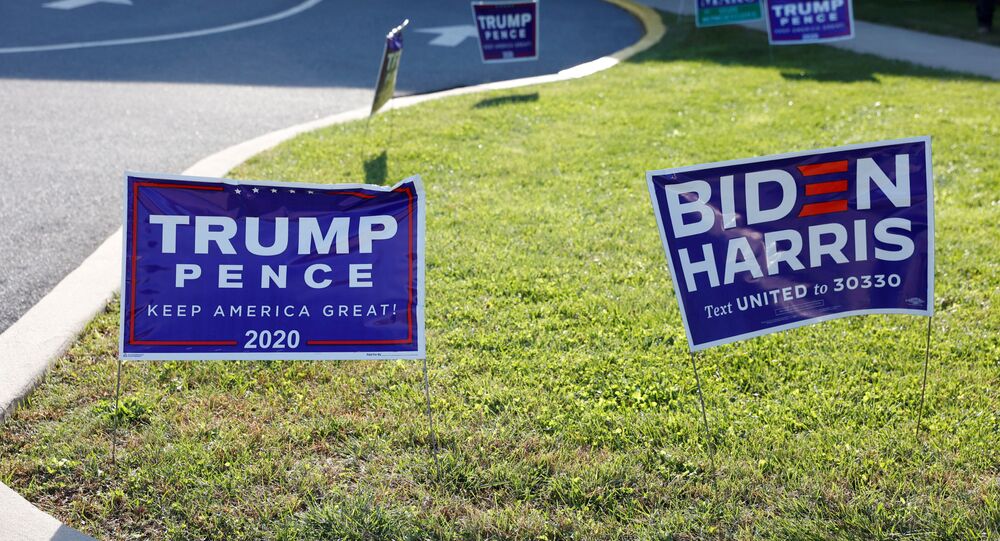 According to two sources that tipped off Reuters on Friday, the election campaign of US President Donald Trump is asking donors to cough up at least $60 million to fund its legal challenges to ballot counting procedures in several states.

As Trump continues to challenge ballot counting procedures in several US states in the wake of the presidential election on Tuesday, legal costs are mounting, and the campaign is looking to its supporters to foot the bill.

“They want $60 million,” one GOP donor told Reuters on Friday after the Republican National Committee solicited them for money. The source didn’t say if they obliged the president.

According to official ballot counts, Trump is significantly behind Democratic challenger Joe Biden in terms of both the Electoral College and the popular vote, although the latter has no legal bearing on the outcome of the election. Trump has accrued 214 electoral votes and 69.8 million individual votes, while Biden has 264 electoral votes and 73.8 million individual votes.

However, in several key states, where electoral votes are awarded winner-take-all style by simple majority, Trump and Biden are neck-and-neck, and Trump has mounted legal challenges alleging mishandling of the ballots by election officials resulting in Biden gaining the lead.

“All of the recent Biden claimed States will be legally challenged by us for Voter Fraud and State Election Fraud. Plenty of proof - just check out the Media,” Trump tweeted on Thursday in a post flagged by Twitter for spreading election disinformation. “WE WILL WIN! America First!”

According to the campaign finance data cited by the New York Times, Trump’s campaign struggled to bring in cash in the months leading up to the election, with Biden holding onto nearly three times as much as him by late October.

However, his campaigns have already shelled out nearly as much in other legal fees over the years.

In September, a joint project by the New York Times and the Campaign Finance Institute reported that Trump and his affiliated political groups had spent at least $58.4 million worth of donations on legal fees and compliance work since Trump started running for the presidency for the first time in 2015 - roughly six times what former US President Barack Obama’s two successful campaigns in 2008 and 2012 spent.