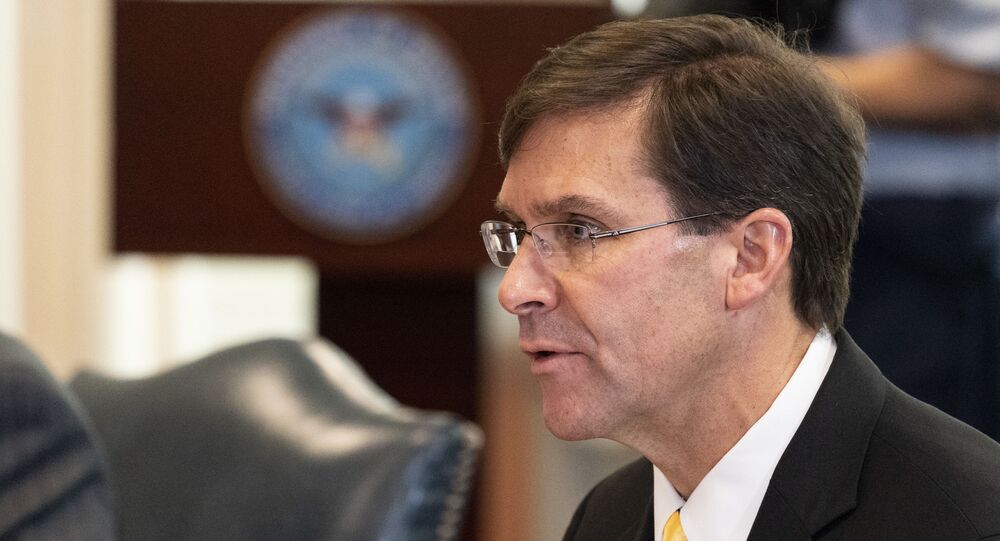 Earlier, NBC reported, citing insider sources, that US Defence Secretary Mark Esper had prepared a resignation letter regardless of which presidential candidate was the winner.

An assistant to the Secretary of Defense for Public Affairs, Jonathan Hoffman, refuted an NBC report that Defence Secretary Mark Esper was preparing to step down from his position, denouncing the report as "inaccurate and misleading in many ways".

"The NBC story is inaccurate and misleading in many ways. To be clear, Secretary of Defense Esper has no plans to resign, nor has he been asked to submit a letter of resignation," Hoffman tweeted late Thursday.

He continues to serve the nation as the Secretary of Defense at the pleasure of the President and is working on the irreversible implementation of the National Defense Strategy.

​In an earlier report, NBC claimed, citing three current defence officials, that Esper had prepared a resignation letter "because he is one of the Cabinet officials long expected to be pushed out after the election".

Esper and Trump have been at odds recently, particularly after Trump opposed Esper's order to strip Confederate leaders' names from US military bases, arguing that Confederate symbols are not always necessarily used to represent racism.

The Defence Secretary, according to NBC, has been working with Congress to ensure that military base name changes were put into law.

Reports of a possible Esper resignation have emerged amid post-election tensions in the US, as the White House race between Donald Trump and Joe Biden is ongoing, and votes from some key battleground states are still being counted.