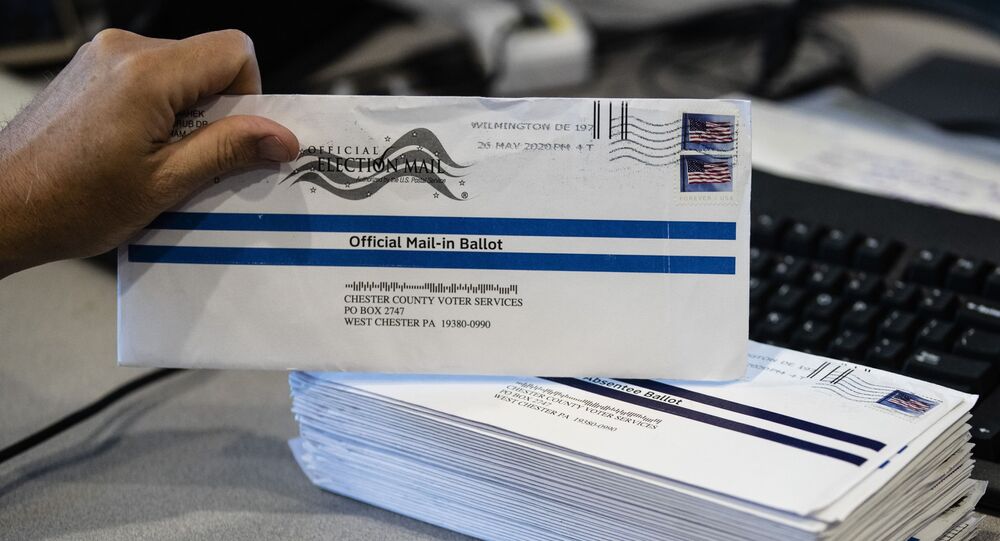 Thousands of Requested Ballots Missing in US State of Pennsylvania - Reports

WASHINGTON, (Sputnik) - Thousands of requested ballots in the US state of Pennsylvania have never reached the voters who requested them, media reported on Friday.

Pennsylvania's Butler County has received more than 10,000 phone calls from residents inquiring about requested ballots that they did not receive, CNN reported citing the county’s Director Aaron Sheasley.

Butler County is making every effort to ensure that the affected residents will be able to vote in the 2020 election, Sheasley said as cited by the report.

The county issued a statement noting that some 40,000 ballots have been sent out and 21,300 returned so far, the report said. However, county officials acknowledged that they do not know how many voters received ballots but have not returned them yet.

© Sputnik
US Election Bellwethers: People Who Somehow Guess It Right

Sheasley said that Butler County has initiated an investigation in the matter that indicated many of the missing ballots were scheduled to have been mailed on or around Columbus Day.

US Postal Service spokesperson Marti Johnson said they were unaware about the issue, the report said.

Pennsylvania is considered by most analysts to be one of the key battleground states in the 2020 presidential election.