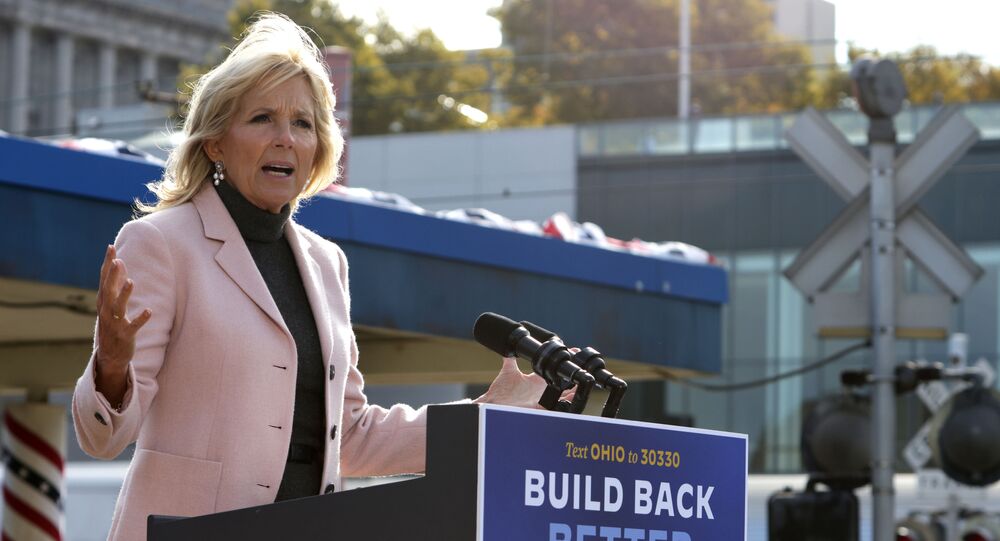 Last week, Joe Biden's son, Hunter, found himself at the centre of another scandal after the New York Post published an article containing emails recovered from a damaged laptop computer allegedly belonging to him.

Since Joe Biden slammed recent New York Post allegations against his son as the "smears from Donald Trump henchmen", Jill Biden has joined the fight saying that "people don't care" about Hunter's "sex and drug claims".

"You know, as a mother, I don't like to see my son attacked, and certainly, I don't like to see my husband attacked, but for me or to me these are distractions. I mean, this election is not about Joe Biden or Jill Biden or Kamala or Doug. It is about the American people. The American people don't want to hear these smears against my family", Jill Biden said in an interview with ABC.

"That's why I thought Joe did such a great job at the debate because he addressed the issues. He talked directly to the American people and said, this is what I will do as your president, and Donald Trump just ranted. I don't even know what he was doing up there. So this time, the debate commission has said that they will mute the mics, and they'll each get their two minutes to speak. So the American people will clearly see their choice", she stated.

Jill Biden's comments come after her husband called the allegations against Hunter Biden a "desperate campaign".

The laptop also reportedly contained a 12-minute video that allegedly shows Hunter smoking crack while engaged in a sex act with an unidentified woman, as well as numerous other sexually explicit images, supposedly involving underage girls.

The Democratic presidential candidate has insisted that he has never spoken to his son about foreign business dealings. Since the laptop scandal emerged, the Biden campaign has denied he ever held a meeting with Pozharskyi.