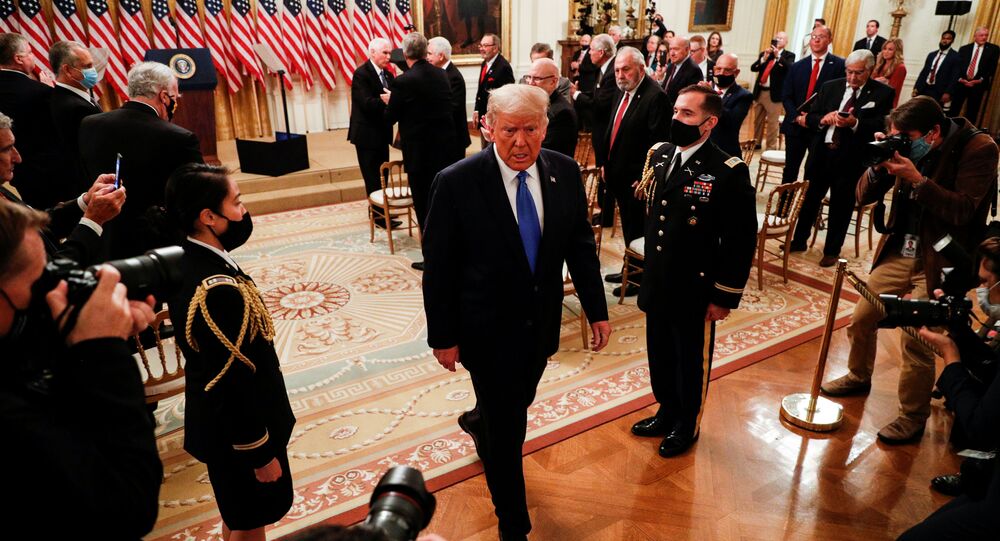 WASHINGTON (Sputnik) – US President Donald Trump on Thursday suggested that he may have contracted COVID-19 during a recent meeting with the families of soldiers who died while serving in the military, saying he could not ask them to keep their distance.

"They all came in and they all talked about their son and daughter and father. They all came up to me with their story", Trump told Fox Business, referring to a recent meeting with so-called Gold Star families.

The president said he had close encounters with about 35 people at the event, saying all of the families' personal stories were "sad but amazing."

Trump was reportedly referring to a reception that he hosted at the White House on 27 September, and which several Gold Star families and high-ranking military leaders reportedly attended.

On Friday, Trump was admitted to the Walter Reed Medical Centre for treatment after announcing that he tested positive for COVID-19. Trump’s doctors initially reported the US President had a high fever and his blood oxygen levels dropped on Friday and Saturday. Trump was discharged from the hospital on Monday.