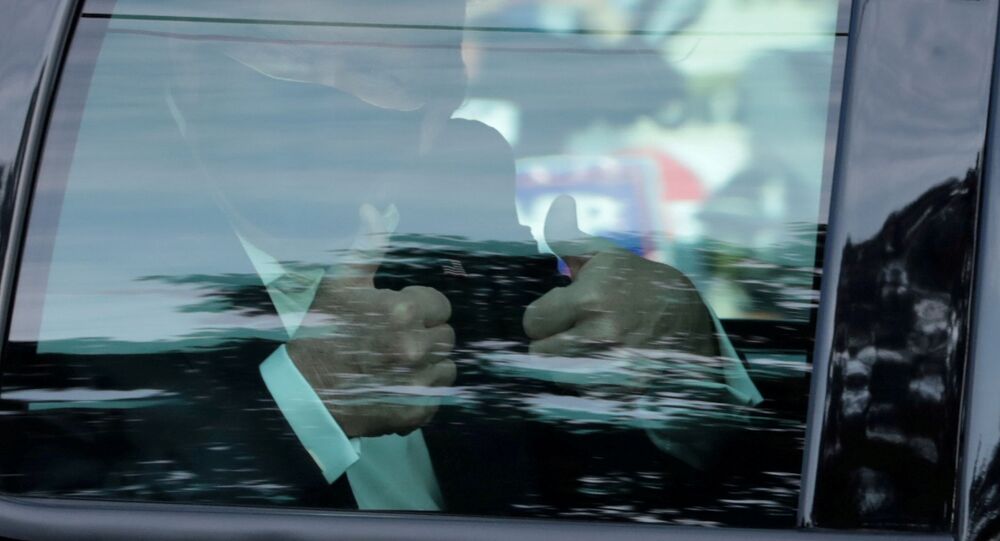 The day before, United States National Security Adviser Robert C. O'Brien said that US President Donald Trump was "in great shape and firmly in command of the country" while he is being treated for coronavirus.

White House Chief of Staff Mark Meadows on Monday stated that US President Donald Trump's condition continued to improve overnight, adding that the White House expects the president to be able to leave the hospital and return to his residence later in the day.

“Spoke to the president this morning. He continued to improve overnight and is ready to get back to a normal working schedule,” Meadows said, adding that the president "will meet with his doctors and nurses this morning to make further assessments of his progress."

Trump announced on Twitter in the early hours of Friday, 2 October, that he and his wife Melania had tested positive for the coronavirus. The same day, the president was taken to the Walter Reed National Military Medical Centre in Maryland.

The president has been given a dose of an experimental antibody cocktail, as well as antiviral drug remdesivir, and immunity-boosters, such as Vitamin D and zinc.

© AFP 2020 / ALEX EDELMAN
Trump Waves at Supporters From Motorcade SUV Outside Walter Reed Hospital - Videos
According to Trump's doctors, the president has now completed the second dose of remdesivir. His liver and kidney functions were described as "normal".

On Sunday, Trump's medical team revealed that the president's oxygen level had reached 98%, adding that the US commander-in-chief could be discharged from the hospital as soon as Monday if his condition continues improving.