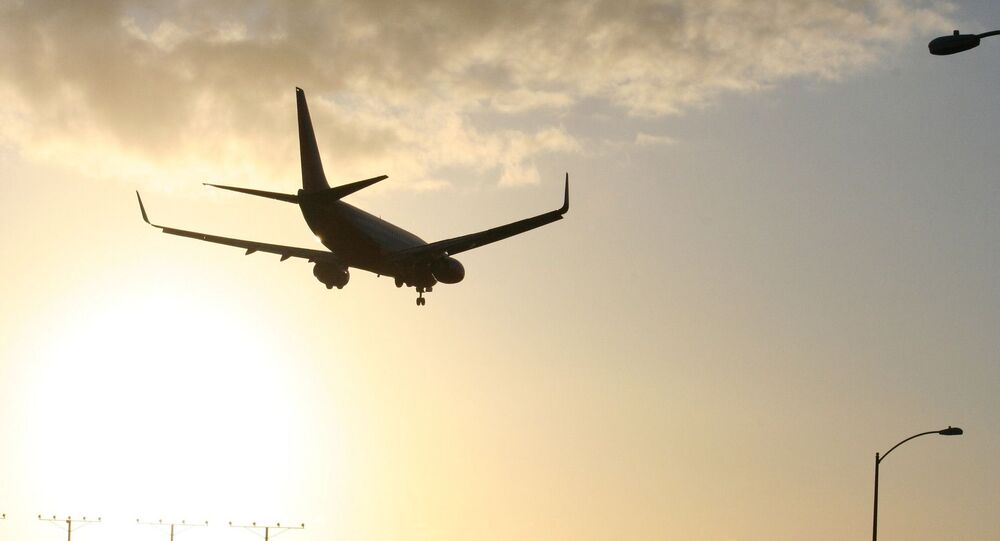 The bizarre incident involving several reports of a person in a jetpack flying near airliners approaching Los Angeles International Airport last month continues to puzzle reporters and investigators alike, but recently released recordings from the incident shed new light on just what happened that day.

On August 30, at least two airline pilot crews reported seeing “a guy in a jetpack” flying at an altitude of roughly 3,000 feet near the flight path for aircraft on final approach to LAX. While a few brief exchanges between pilots and air traffic controllers were released to Fox 11 Los Angeles at the time, the complete report by the US Federal Aviation Administration (FAA) was only recently obtained by The Drive, which published it on The War Zone on Monday.

The documents obtained by a Freedom of Information Act (FOIA) request include an Air Traffic Mandatory Occurrence Report and a 15-minute audio recording by air traffic controllers at LAX, which you can listen to here.

Much of the salient information in the report was already known, including the exchanges previously shared with Fox 11. However, the FOIA documents include some interesting new information, although it doesn’t necessarily make the situation any clearer.

For example, the report notes that after reports of the wannabe-Rocketeer came in, the Los Angeles Police Department notified an “air support” asset - likely a helicopter crew -  about the incident, and a notification went out to the FAA’s Domestic Events Network, which is used to funnel information to the US Departments of Defense and Homeland Security, the Transportation Security Administration and other US government agencies.

The FBI has also been on the case, and many of the documents requested by The Drive were unavailable due to the FBI’s ongoing investigation. However, just a few days after the alleged incident, the FBI’s Los Angeles office tweeted out a partial flight path in Cudahy, an LA neighborhood about 11 miles due east of the airport - and right in the flight path of aircraft preparing to land at one of LAX’s two runways.

The FBI continues to investgate reports of a #jetpack near #LAX on 8/30. Anyone with info about activity on or above the ground at the location depicted here should call the FBI. The FBI takes seriously events that threaten US airspace & investigates alleged violations #SafeSkies pic.twitter.com/dLZcZeRDuc

​Interestingly, the tweet also notes that “anyone with info about activity on or above the ground at the location depicted here should call the FBI,” a rare public plea for information.

One reply to the tweet by user @gabyisdope included a short video shot on a cellphone that seems to show a man flying in a jetpack several hundred feet in the air. The caption reads “Saw this in Huntington Park mid August,” a neighborhood just west of Cudahy.

​Another tweet posted on September 2 by Jeff LeBaron said “Near 110/105 freeway. Object heading north in to incoming LAX air traffic. Possible jetpack man?” LeBaron noted the video had been recorded on August 21, and a post with the same video on LeBaron’s account on that day jokingly said “Imperial Probe Droid flying North through LA now,” a reference to a small robot seen in the 1980 film “Star Wars: The Empire Strikes Back.”

​While the FAA’s recording contains no further references to a man using a jetpack, two other exchanges stand out as equally bizarre.

In one instance a few minutes after the initial sighting, an aircraft reports seeing “party balloons” at roughly 5,600 feet altitude - nearly 1 mile up, and 2,600 feet higher than the jetpack was reported. However, nothing further comes of the report.

A second exchange, between an air traffic controller and an offsite FAA employee, concerns another mystery object they can’t identify.

"Did you call a helicopter in over there to help you out?" the FAA official asks the tower.

“No,” the tower responds.

"I see a helico- there's something at 600 feet right up there, looks like a helicopter,” the offsite official continues. "Right underneath that Southwest arrival. But that 10 mile final is literally north of me, and I've been scouring it. I don't see anything."

Could any of these reports have been the mysterious “jetpack man” spotted by the airline pilots? It’s impossible to say; they may be complete separate mysteries. This is certainly far from the only time someone has reported what seemed to be a man in a jetpack flying around, but the explanation could be far more mundane. Until the FBI completes its investigation or releases the materials it has collected, this puzzle may just have to remain unsolved.

Listen: US Airline Pilots Landing in Los Angeles Baffled by ‘Guy in a Jetpack’ Flying Nearby