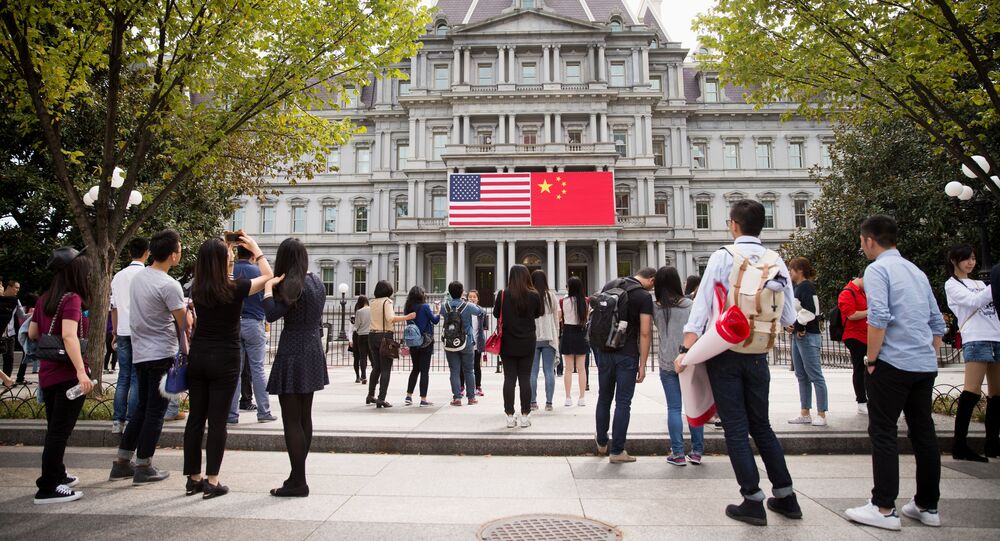 WASHINGTON (Sputnik) - The US State Department is currently reviewing two Chinese government organisations working in the United States over concerns about their alleged attempts to influence various public groups, US Secretary of State Mike Pompeo said in his remarks at the Wisconsin state Capitol on Wednesday.

"The State Department is reviewing the activities of two United Front Work Department organisations operating inside the United States... the US-China Friendship Association [and] the China Council for the Promotion of Peaceful Reunification", Pompeo said. "These organisations have apparently attempted to exert influence on groups all across the public sphere, including in our schools, in our business associations, impacting local politicians, media outlets, and Chinese groups here inside the United States".

"We’ve formally designated the Confucius Institute’s US headquarters as a foreign mission, and encouraged universities to shutter their doors on these programs quickly", he reminded. "We’ve put restrictions on Chinese diplomats that mirror the ones American diplomats are subject to the inside of China".

Under the Trump administration, US-China relations have significantly deteriorated, with Washington accusing Beijing of unfair economic practices, human rights violations and lack of transparency with regard to the COVID-19 outbreak. China has denied the accusations and, in its turn, pointed to various violations of international law on the part of the US.