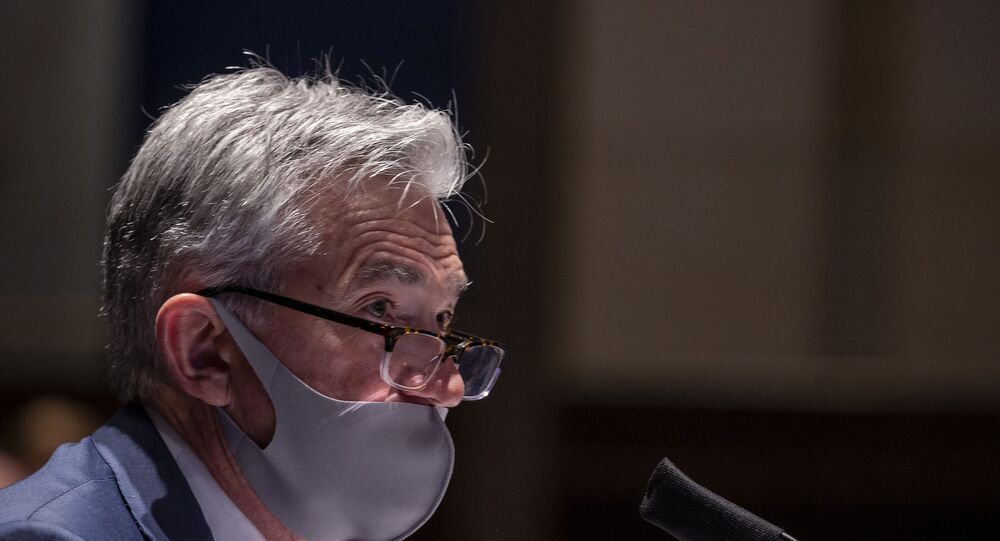 Earlier in the day, the Federal Reserve announced it will keep interest rates near zero for years until the US economy recovers from the effects of the novel coronavirus pandemic.

According to Powell, the Fed expects to "maintain an accommodative stance of monetary policy" until the economy recovers from the COVID-19 pandemic, particularly when inflation rests above 2 percent "for some time" and there is maximum employment.

"With regard to interest rates, we now indicate that we expect it will be appropriate to maintain the current zero to 0.25% target range for the federal funds rates until labor market conditions have reached levels consistent with the committee’s assessments of maximum employment and inflation has risen to 2 percent and is on track to moderately exceed 2 percent for some time", Powell said.

Powell said that workers and employees in many spheres will likely to continue to struggle through the pandemic, adding that they anticipate more fiscal aid, and "the details of that are for Congress, not for the Fed".

"...I would just say there are roughly 11 million people still out of work due to the pandemic and good part of those people were working in industries that are likely to struggle. Those people may need additional support as they try to find their way through what will be a difficult time for them", Powell told reporters.

He added that "the overwhelming majority" of private forecasters expect additional fiscal stimulus.

Fed Has 'Lots of Tools' to Help Economy Recover

Asked if Americans could only expect coronavirus aid from Congress, the Fed chief said that the central bank does have the potential to support the US economy, including 'lots of" lending tools, the Fed's balance sheet, and forward guidance.

"I certainly would not say that we’re out of ammo. Not at all", he replied.

He added that the Fed thinks its rate policy is "powerful", but they also have "the other margins" they can use.

Following the Fed's announcement on Wednesday afternoon, stocks went up to session highs, with the Dow Jones Industrial Average rising 290 points to trade at about 28,290. The S&P 500 also added 0.6 percent to reach 3,421, CNBC News said earlier. After Powell's comments, the Dow rose even higher, gaining 350 points.

In addition to the announcement, the Fed also issued new projections for the US economy, including a lower GDP and also a lower unemployment rate this year.