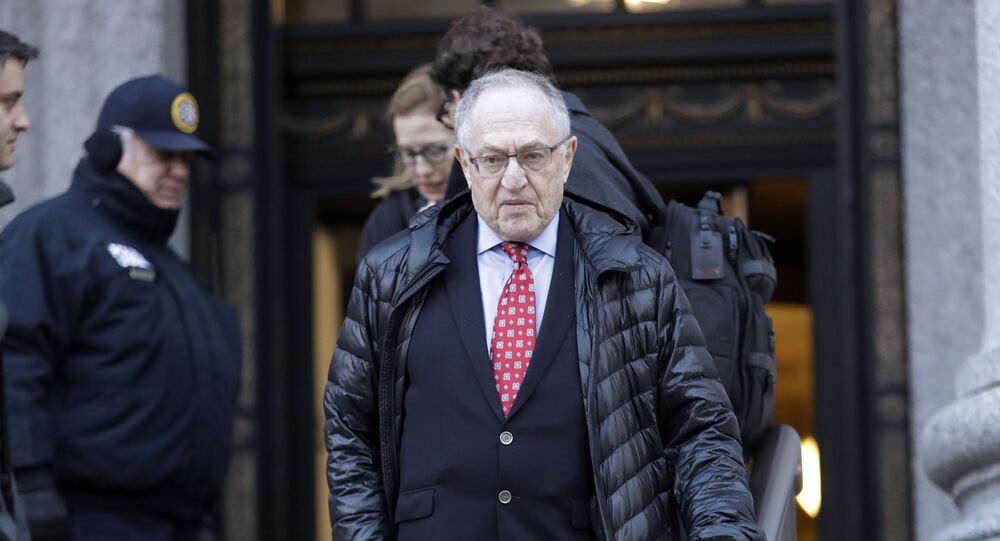 Democrats launched impeachment proceedings against President Trump in September 2019, alleging that he had withheld military aid from Ukraine to gain political leverage. In February, Trump was acquitted on both charges specified by the House of Representatives: abuse of power and obstruction of Congress.

US lawyer Alan Dershowitz has filed a lawsuit against CNN for selectively editing his comments on Trump's impeachment proceedings and airing them out of context to suit their agenda.

In an interview with Fox News, the attorney said he is seeking $300 million for "willful, deliberate, malicious effort" to damage his credibility.

The comments in question are Dershowitz's remarks from the Senate during the impeachment trial, which he uttered while answering the question of what could be qualified as an illegal “quid pro quo” in Trump's dealings with Ukraine.

“The only thing that would make a quid pro quo unlawful is if the quo were in some way illegal,” Dershowitz told Senator Ted Cruz during the hearing. “If a president does something which he believes will help him get elected in the public interest, that cannot be the kind of quid pro quo that results in impeachment.”

CNN, however, only aired the second part of his statement, which, according to Dershowitz, was an effort to frame him.

"I'm doing this to hold them accountable," he told Fox News. "They made a deliberate, willful decision we believe from the very top to purposely doctor the tape to make it look like I said something that was crazy, that a president can do anything, that he can commit crimes."

In September 2019, the Democrat-led House of Representatives launched an impeachment inquiry into the president over his 25 July telephone call with Ukrainian President Volodymyr Zelenskyy in which Trump allegedly asked officials in Kiev to probe rival presidential candidate Joe Biden, threatening to hold back the US military aid for Ukraine.

The Republican-majority US Senate voted in February to acquit Trump on impeachment charges for abuse of power and obstruction to Congress.