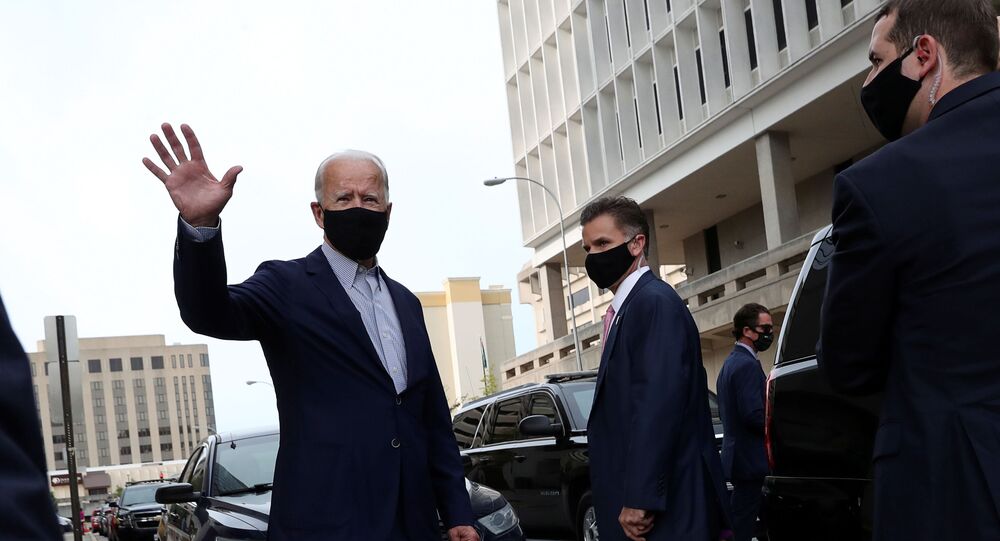 The Bidens were able to cast their votes before the polls formally opened on Tuesday because they will be on a campaign-related trip.

Asked if he was confident all votes will be counted in November, he responded: "I have confidence that [President Donald] Trump will try to not have that happen, but I'm confident the American public is going to insist on it".

Joe and Jill Biden leave the polling station after casting their early ballots for the Delaware statewide primary.

You can’t tell in this shot, but @DrBiden’s boots have the word “VOTE” written up the side in silver. pic.twitter.com/TvmeRojUTc

​Biden leads by 7.5 percent nationally, a half-point bump from last week, according to the average of the most recent surveys published on poll aggregator Realclearpolitics.com as of Sunday evening.

A total of 81 US Nobel Prize winners for Physics, Chemistry and Medicine have endorsed Democratic presidential candidate Joe Biden in the 2020 election against President Donald Trump in a letter released on 2 September. The support of scores of Nobel Prize-winning scientists for a Democratic candidate for the presidency is not unprecedented. In 2016, 70 Nobel laureates endorsed former Secretary of State Hillary Clinton. In 2008, 76 US Nobel laureates endorsed successful Democratic candidate Barack Obama.