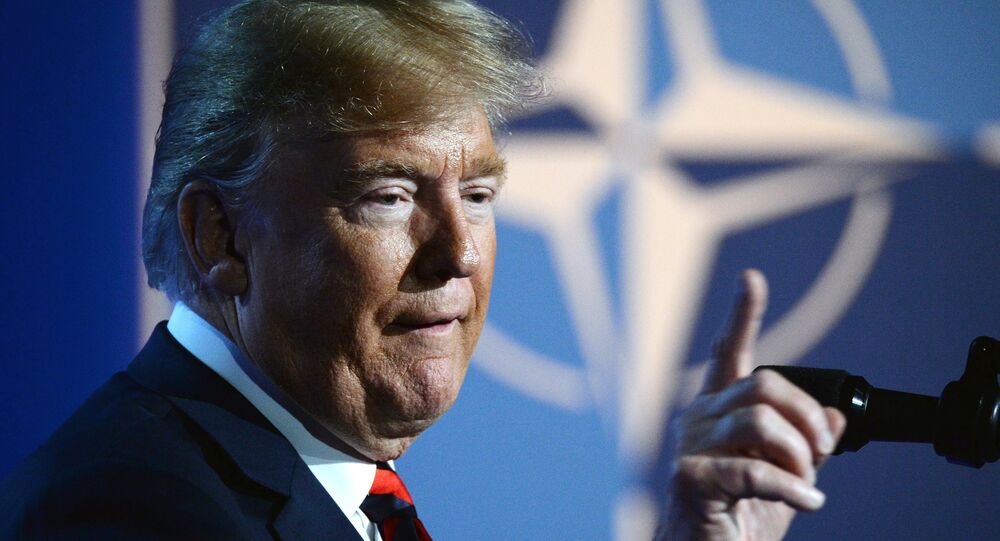 POTUS has repeatedly blasted other members of the alliance for not meeting the voluntary goal of spending 2% of their GDP on the military. Reports and memoirs by some of his former team suggest, however, that he threatened to pull the US out of the alliance should his demands not be met.

The re-election of incumbent President Donald Trump might lead to the US withdrawing from NATO, The New York Times cited Democratic Senator and a member of the Foreign Relations Committee, Jeanne Shaheen as saying.

"Withdrawing from NATO would be nothing short of catastrophic and further highlights the historic importance of this election", the senator said of the possibility.

POTUS cannot singlehandedly pull the US out of the alliance and will require congressional approval, which he is unlikely to get according to Shaheen. The Senator said that support for NATO in Congress is "unwavering and overwhelming" on both sides of the aisle.

The NYT also reported that the possibility of Trump withdrawing the US from NATO is of increasing concern to European diplomats, who are "cautious" when speaking about it allegedly out of "fear" of provoking POTUS. The newspaper cited anonymous sources, who spoke with these diplomats, saying that Trump's victory in November will "create a new sense of emergency across Europe".

Throughout his first term, Trump has repeatedly condemned those alliance members, who don't meet the voluntary NATO goal of spending 2% of their GDP on the military – an issue that became central to a 2018 meeting of the alliance. Despite numerous reports, POTUS stopped short of openly threatening to leave the military alliance if his demands to other member states to spend more on defence were not met.

However, some former members of his administration claim the president had such thoughts in mind and even spoke about them in private. His former national security adviser John Bolton, fired in 2019, claims in a recent tell-all book that he and other officials talked POTUS out of threatening alliance members with walking out of the pack or ignoring commitments to come to the defence of those countries that didn't  spend enough. Trump's former chief of staff John Kelly, in turn, claimed in his memoir that dissuading POTUS from leaving NATO was "one of the most difficult tasks he faced" in his administration.

Trump's election programme for 2020 makes no hint at a possible NATO walkout, only saying that the president will "get allies to pay their fair share". At the same time, Bolton suggested in an August interview for a Spanish news outlet that Trump might be preparing an "October surprise" in the form of promising to leave the military bloc, should he be re-elected.

Trump Says Does Not Want US to Withdraw From NATO, Reports Suggest