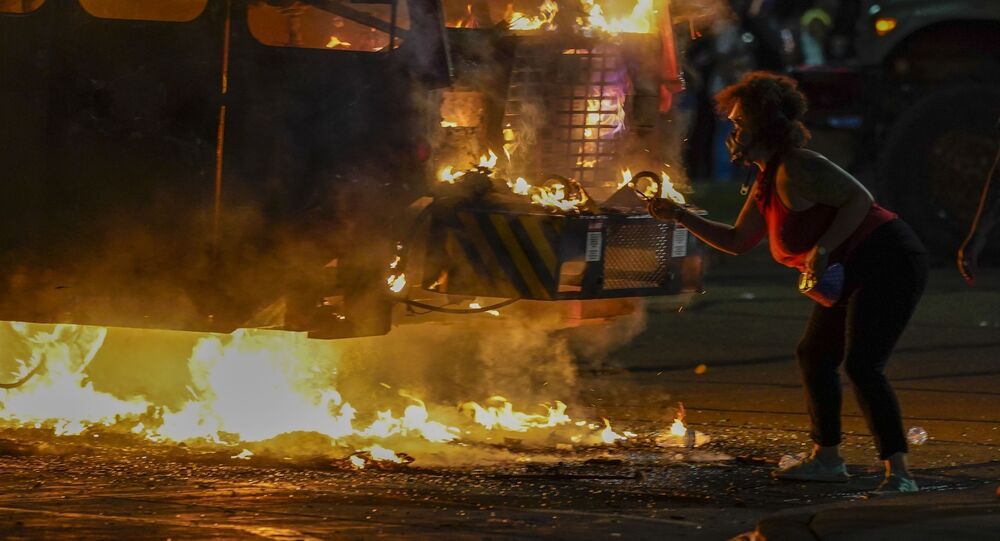 By throwing their support behind the cause of the Black Lives Matter (BLM) movement and anti-racism protests, Democrats may have picked the wrong social trend trend to chase after, recent poll data suggests.

A recent poll carried out by the Marquette Law School has indicated that, following an initial surge in support for the BLM movement after the death of African-American George Floyd, there has been a gradual drop in levels of support lasting at least until the recent incident in Kenosha. The BLM movement was said to have lost 13 points in terms of support by poll participants in the battleground state of Wisconsin between June, when anti-racism protests emerged across the US, and August, poll results suggest.

"The shift to a more negative view in August is strongest among Republicans, but independents and Democrats also became less approving. The decline was across all regions except for the city of Milwaukee", according to the Marquette Law School poll.

Top Democrats close to party presidential candidate Joe Biden "fear the looting and violence in cities could help President Trump" to swing undecided voters, Axios reported. POTUS has made promises of ending the mayhem taking place in American cities as one of the central points of his reelection campaign.

Conservative political commentator Andrew Sullivan suggested that, should the notion of "law and order" became more integral for voters this year, then the Democrats "will lose it". He added that having bound themselves to the protests calling for an end to racism and police brutality in the US, Democrats were unable to recognize violence when they saw it, thus "walking straight into a trap".

Another analyst, political consultant and former Obama official, David Axelrod, pointed out that Trump has been actively shifting public focus from the problems of pandemic and economy toward public unrest.

Campaigns turn on the things you plan on but often the things you can’t. @realDonaldTrump’s RNC mission has been to shift the focus from COVID and 10% unemployment to “law and order.”
To be blunt, the timing of unrest in Kenosha has been a gift to him in that project.

The protests, which have been rocking the US since the end of May, emerged following the death of African American George Floyd, killed by white police officers while in custody. The issues of police racism and brutality were amplified by the case of a black woman, Breonna Taylor, who was mistakenly shot dead in her home as a result of no-knock warrant that police performed on the wrong house. Protesters, many affiliated with the BLM movement state that they are demonstrating against police brutality and systemic racism in the nation.

On serveal occassion, hwoever, the peacful demonstration have turned violent, with rioting, arson, looting, and seizures of entire city blocks, forcing some city mayors and state governors to resort to National Guard assistance. Several Democratic state and city heads have refused federal assistance in the form of troops. President Donald Trump regularly castigates these lawmakers, claiming that under a Democratic president all US cities risk facing violent "mobs".