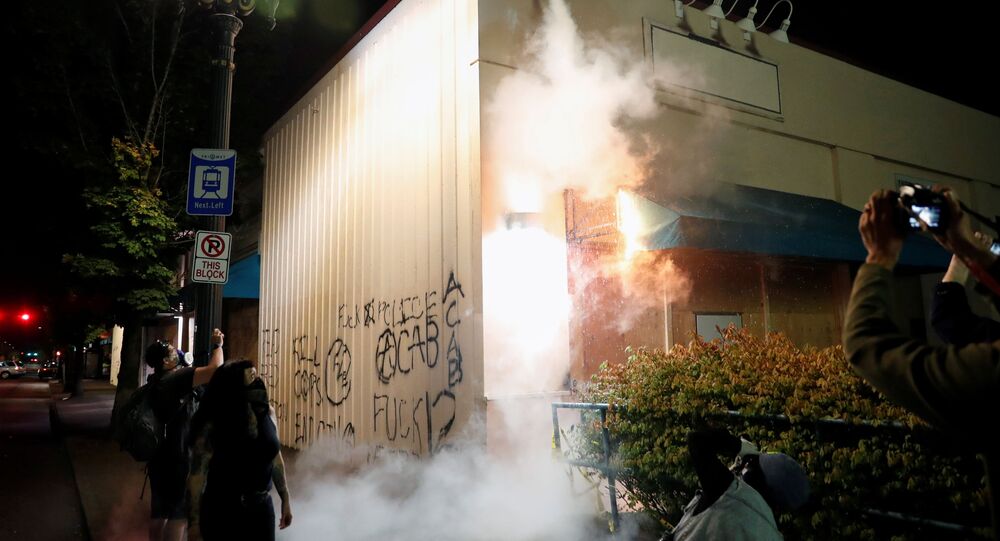 MOSCOW (Sputnik) - Anti-racism protesters in the US city of Portland on Saturday set fire to the Police Association building and threw rocks and other objects at law enforcement officers, the local police said in a press release.

"Individuals within a protest gathering set an arson fire at the offices of the Portland Police Association (PPA) building Saturday morning, prompting a riot declaration", the press release read.

After the police engaged to disperse the riot, the protesters responded by throwing various objects, including rocks, at the law enforcement officers.

"Multiple officers suffered minor injuries after being struck by rocks", the police added.

The police union building, which is located in a residential neighbourhood, has been the site of many protests over the past few months. The police have warned that "any building fire could spread to occupied homes".

Protests against racism and police brutality erupted in Portland and other US cities following the 25 May killing of an unarmed African American man, George Floyd, in police custody in the city of Minneapolis. Nationwide unrest has escalated following last weekend's non-fatal shooting of another African American man, Jacob Blake, by the police in the city of Kenosha in Wisconsin.