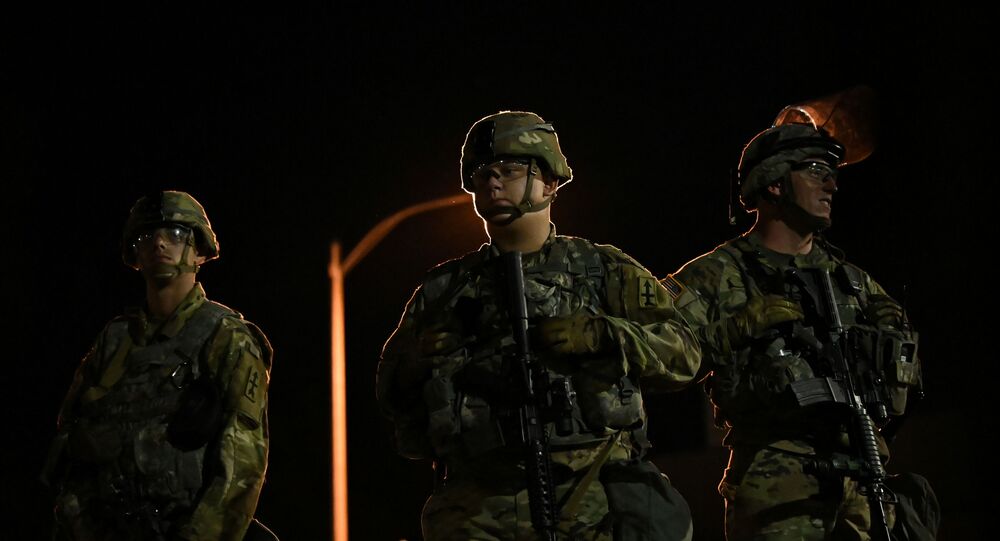 Protests against racial injustice started again this week after African-American man Jacob Blake was shot in the back seven times by a police officer in Kenosha, Wisconsin.

US President Donald Trump has stated on Twitter that there has not been any violence in Kenosha, Wisconsin for two days since the US National Guard moved in to the city. He also told Portland that the government would act when "legally asked to help by local authorities".

Succes: Since the National Guard moved into Kenosha, Wisconsin, two days ago, there has been NO FURTHER VIOLENCE, not even a small problem. When legally asked to help by local authorities, the Federal Government will act and quickly succeed. Are you listening Portland?

Prior to this, Trump warned that the United States "can never allow mob rule" and emphasised in the strongest possible terms that the Republican Party condemns the violence in places like Kenosha, Wisconsin and other Democratic-run cities. The US president also slammed his opponent Joe Biden for remaining silent on the rioting during the entire Democratic convention last week.

The demonstrations against police brutality and racial discrimination in Wisconsin were peaceful and few in numbers on the night of 26 August. The US president commented on this, saying that he appreciated the fact that the governor of Wisconsin had requested federal help with the local protests and said that the city of Portland should do the same thing.

Civil unrest in the city has resulted in arsons and looting, with two people killed after a rifle-wielding 17-year-old boy opened fire on the streets of Kenosha during the protests. The teen, who was later identified as Kyle Rittenhouse, has since been taken in custody in his hometown of Antioch, Illinois, about 25 kilometres from Kenosha and charged with first-degree murder.

​Wisconsin Gov. Tony Evers declared a state of emergency on Tuesday night, increasing the number of the National Guard deployment in the city from 125 to 250.

Trump has continuously suggested sending the National Guard to the city of Portland, which has been gripped by riots since May 2020. Local authorities, however, have denounced his offer, despite continued unrest.

​This comes three months following George Floyd’s death after he was pinned under the knee of a police officer, an incident that sparked a nationwide civil rights campaign and rallies all over the world.