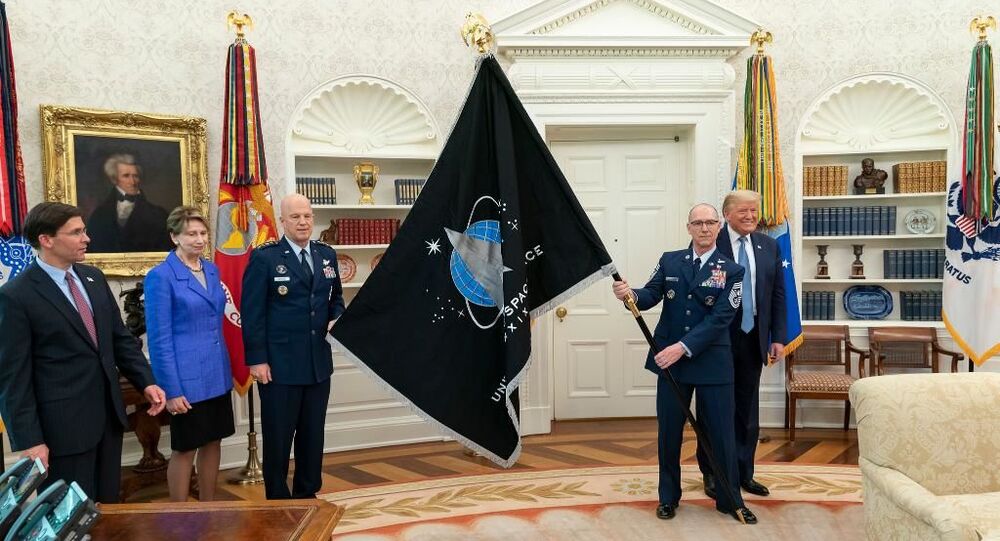 The United States Space Force is an under-construction, uniformed branch of the US military. It was established as an independent body December 2019 and designated with overseeing space warfare and orbital defence.

US actor Willian Shatner, who made famous the role of 'Starfleet Captain' in the iconic first Star Trek series television show, on Wednesday spoke out against the US military's newest branch in a piece titled: "What the heck is wrong with you, Space Force?"

In a Military Times op-ed, the famous Star Trek lead actor criticised the US Space Force for adopting US Air Force officer rank structure over the Navy.

"Do you know your entertainment space history? Let me show you what I mean", wrote Shatner, who played James T. Kirk, a fictional captain and then admiral, on Star Trek.

"Throughout entertainment history, which precedes actual space flight history by decades, we had captains", he wrote, citing Naval rankings traditionally used on fictional spaceships in the science-fiction pantheon.

"We cannot forget [US Air Force] Colonel Steve Austin, an astronaut who crashed his ship and severely injured himself that cost taxpayers $6 million to put him back together, who was portrayed by my dear friend, Lee Majors," wrote Shatner, in reference to the 1970s TV series 'The Six Million Dollar Man'.

Shatner said that the US Space Force should incorporate the ranking structure most well known in 'Star Trek', following the example of Gene Roddenberry, who selected Navy rankings for the fictional Starfleet, although he was an officer in the US Army Air Forces.

He explained that it made more "sense when talking about a (space) ship".

A Navy captain is the same rank equivalent of an Air Force, Marine Corps or Army colonel. The Air Force took its ranking structure as an army offshoot in 1947, when the force became a seperate branch.

Since the Space Command split from the Air Force in December 2019, the USSC has adopted its ranking structure by default.

It may not be too late to make the Star Trek/naval ranking hierarchy a reality, however, as the US House version of the 2021 National Defense Authorization Act (NDAA) includes a provision to make the Space Force adopt the Naval ranking structure.

This amendment, suggested by GOP Representative Dan Crenshaw, a former Navy SEAL, would use captain in place of colonel in the USSC.

The Senate version of the NDAA does not include similar provisions.