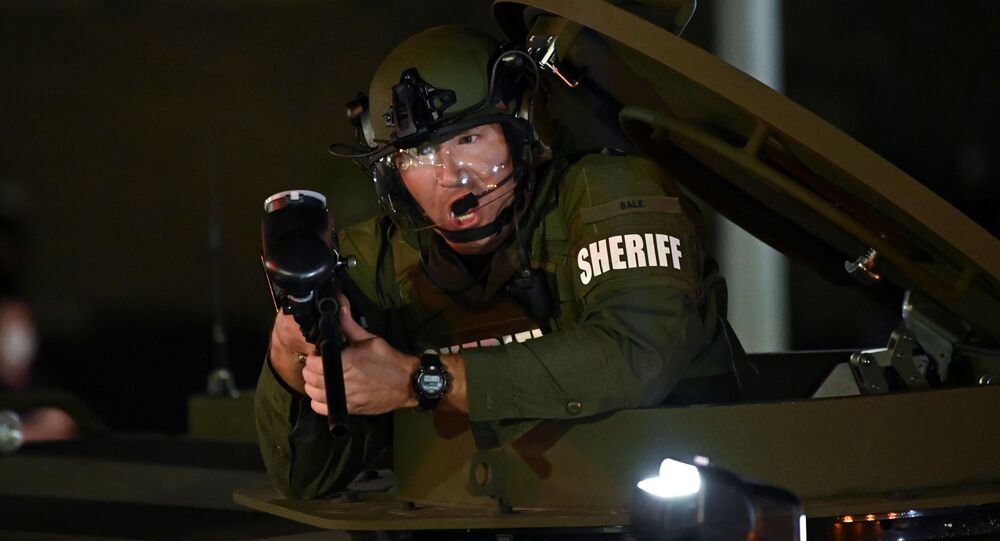 Earlier, law enforcement officers in the US city of Kenosha of the midwestern state of Wisconsin have used tear gas to disperse protesters who took to the streets over police shooting of an African American man, Jacob Blake.

Three people were shot and one was killed during the night in the Kerosha protests, the New York Times reported, citing law enforcement authorities.

Sheriff David Beth said that three people were struck and one has died. The conditions of the other victims were unknown.

🚨🚨🚨: Multiple gunshots are fired after people chased a guy with a rifle. Rifle dude tripped and fell. He fired his gun at a guy who jumped on top of him. pic.twitter.com/BfV244MMnc

​According to the CNN broadcaster, the riots unfolded at around 10.00 p.m. Tuesday (03:00 GMT Wednesday), two hours after the curfew came into force.

Police warned protesters near the Kenosha County Courthouse that they were taking part in an "unlawful assembly," the media outlet noted. Then the officers fired tear gas into the crowd.

Blake was shot in the back by police at close range on Sunday, while he was reportedly trying to break up a fight between two women. The eyewitnesses heard at least seven gunshots. The man was reportedly paralyzed from the waist down. The incident triggered a new wave of protests against police brutality and racial discrimination. On Monday, Wisconsin Governor Tony Evers authorized the deployment of National Guard troops to Kenosha and declared a city-wide curfew.