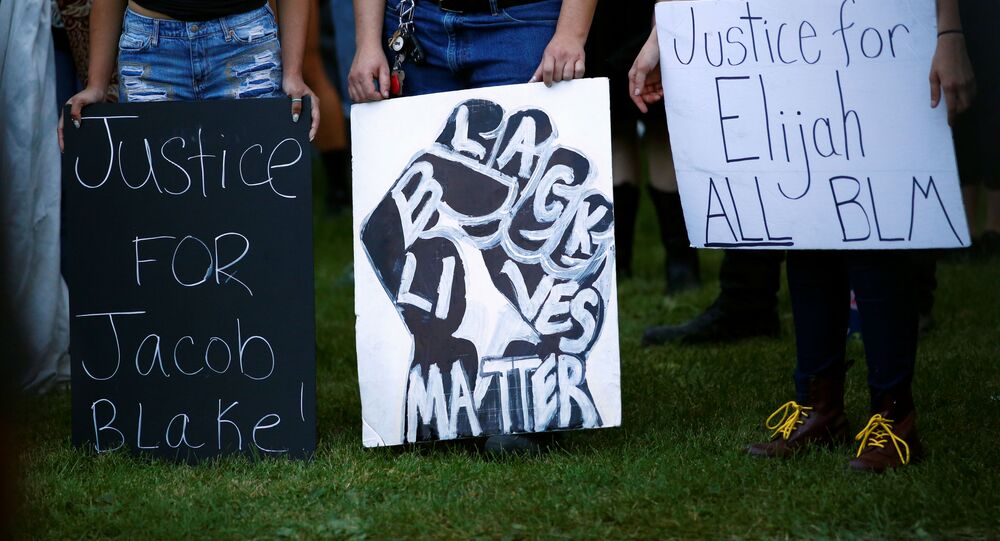 WASHINGTON (Sputnik) - Lawyers for the Kenosha, Wisconsin police shooting victim Jacob Blake said they were filing a civil lawsuit to seek financial remedy for the man that a video clip showed being shot at least seven times from behind by police officers apprehending him.

"He has a long road to recovery. We are going to hope and pray for as good a recovery as we can possibly get," Blake’s family attorney Patrick Salvi said on Tuesday, adding that the 29-year-old had suffered kidney, liver and intestinal damage aside from early confirmation of paralysis. "That type of rehabilitation and recovery is not free. So... on Jacob’s behalf and, in light of the travesty that happened on Sunday, is we have to bring a civil lawsuit."

Salvi said on Tuesday afternoon that Blake is in surgery and it won't be his last. Salvi detailed that at least one bullet went through Blake's spinal cord and that he has holes in his stomach, nearly his entire colon and small intestine had to be removed, he suffered damage to a kidney and liver, and was also shot in the arm.

Attorney Benjamin Crump, who is an attorney for George Floyd's family and is part of Blake's legal team, called on prosecutors to arrest the police officer who shot Blake and for the other officers involved in the incident to be fired immediately.

The victim's father, Jacob Blake Sr., told reporters he does not have any confidence in anyone who is "white" and doing an investigation about his son.

Wisconsin Governor Tony Evers said in a statement on Monday that he has authorized the deployment of National Guard troops to Kenosha after violent protests erupted in light of the shooting.

Months-long protests erupted in the United States in May after African-American man George Floyd died when a police officer in the state of Minneapolis put him in a neck restraint. Some of the protests turned into violent riots with looting and clashes with law enforcement.

Protests Erupt in Kenosha, Wisconsin as Police Shoot Black Man in the Back 'Multiple Times' - Photos