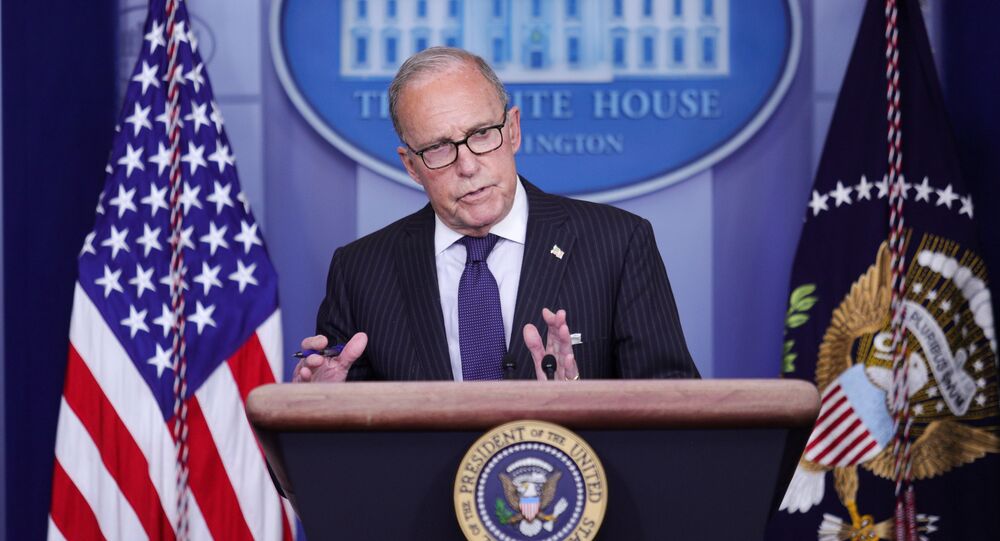 WASHINGTON (Sputnik) - The United States is satisfied with the progress made by China on the trade deal between the two countries, although Beijing’s political actions were still a sore point for President Donald Trump, White House Adviser Larry Kudlow said.

The United States and China signed the trade agreement in January after an extended tariffs war between the two countries. Under the agreement, Beijing committed to expand between this year and next its purchase of certain US goods and services by a combined $200 billion from 2017 levels.

However, soon after the deal was signed, the coronavirus pandemic cause disruptions making it difficult for Washington to enforce the deal on Beijing, although the Trump administration insists that Chinese purchases are on track. The Washington-based Peterson Institute for International Economics published in June findings that showed China has only bought some $40 billion of the $173 billion of US purchases committed for 2020.

Kudlow, however, said Lighthizer told him China bought from the United States this year more than double the volume of US commodities it purchased in 2007.

"I'm not saying they will make good on all parts of the deal," Kudlow said. "We don't know that yet [on] intellectual property, forced transfer technology and so forth which are very important issues," Kudlow added.