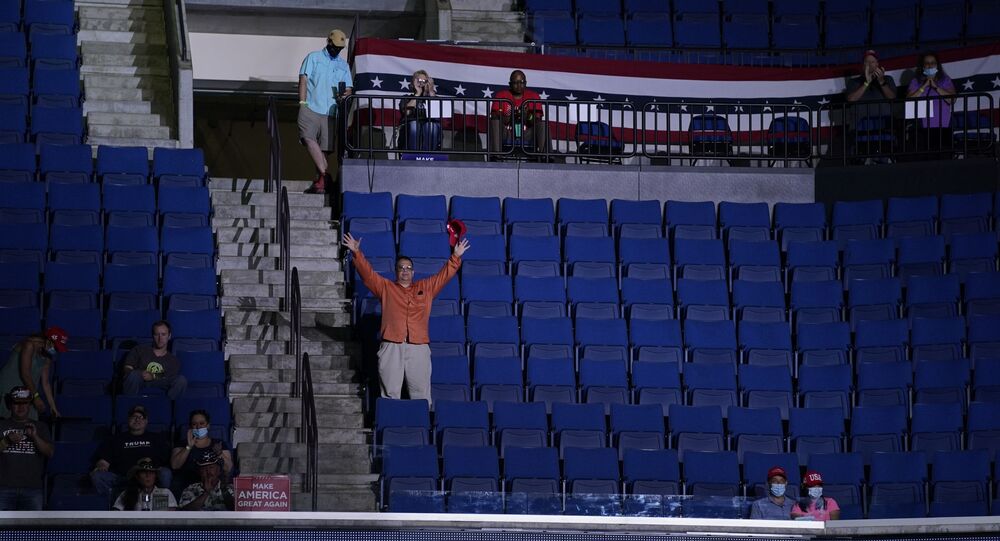 Trump has not yet followed through on his promise to ban TikTok as early as Saturday, and the app’s US general manager has also reassured users that it is here to say.

Donald Trump’s threat to ban TikTok from operating in the United States may sway some young Americans to vote against the president, NBC News reports.

An unidentified number of youngsters interviewed by the outlet – many of them said to be first-time voters – said the proposed ban had encouraged them to go to the polls in November.

“If it hasn’t already, I think this will definitely be a game-changer in young voters going out and voting for sure,” Kaylyn Elkins, 18, was quoted as saying.

Elkins saw the muted ban as Trump’s retaliation against TikTokers who attempted to sabotage his rally in Tulsa this June.

The Trump campaign pitched the rally as an over-subscribed event, with more than a million ticket requests, but the turn-out was just 6,200. TikTok users took the credit, saying they flooded the campaign with requests with no intention of showing up (there was no cap on tickets).

“I think he is threatened because he knows it’s been used against him with the whole Tulsa rally incident,” Elkins said of Trump.

Clara McCourt, 18, was among those participated in the Tulsa ticket stunt. “I feel like that could be one of the reasons he wants it gone,” she said. “I personally see a lot of politics on my TikTok … it’s definitely a very powerful tool in informing my generation.”

Donald Trump told reporters on Friday that he would ban TikTok from operating in the United States. The video-sharing app, which allows users to create goofy lip-sync videos, is owned by Chinese company ByteDance. It saw a spike a popularity during the pandemic and currently has around 80 million monthly active users in the United States,

Reports immediately emerged that ByteDance has agreed to give up its US stake to American investors. Trump is yet to sign an executive order, despite promising to do so on Saturday, while TikTok’s US general manager Vanessa Pappas reassured users that the app plans to remain in the US.

US lawmakers have long expressed concerns that TikTok moderators censor content sensitive to China and use the app to collect the personal data of American users. TikTok denies any Chinese control.