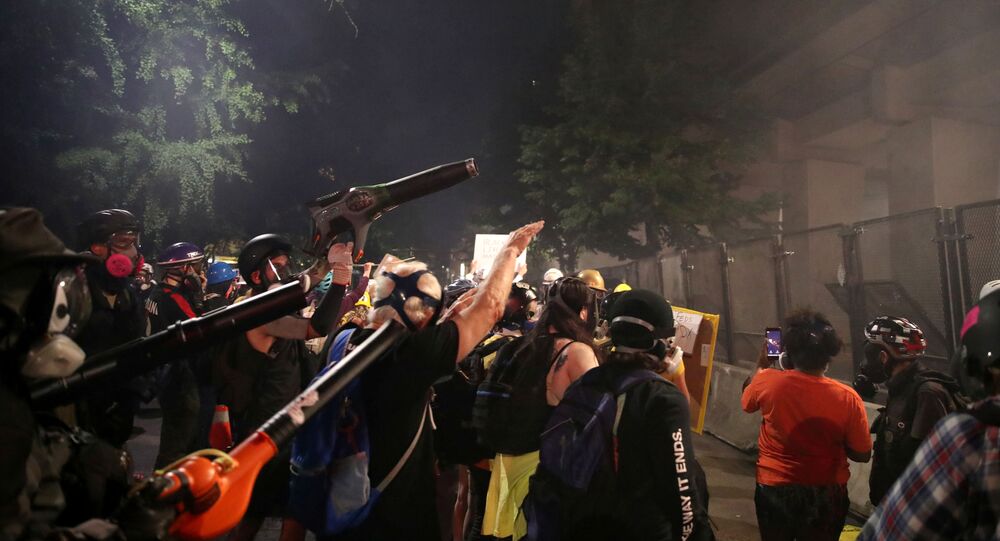 Governor Brown and Portland Mayor Ted Wheeler have said the federal police presence in the city has inflamed tensions amid nationwide protests following the 25 May death of African-American George Floyd while being restrained by police. Many of the protests have turned into riots complete with violence against police officers and civilians as well as acts of vandalism, arson and looting.

​The Democratic governor’s statement comes days after reports circulated that local authorities had agreed with the withdrawal with Washington.

Meanwhile, footage from central Portland showed a swell of protesters peacefully gathering and chanting Black Lives Matter slogans on Thursday night. No security incidents have yet been reported.

The US government initially sent 114 federal officers to Portland to protect the downtown federal courthouse. On Monday, media reported that the Trump administration has deployed 100 more federal agents to Portland, adding that the US president may send a further 50 to the city.