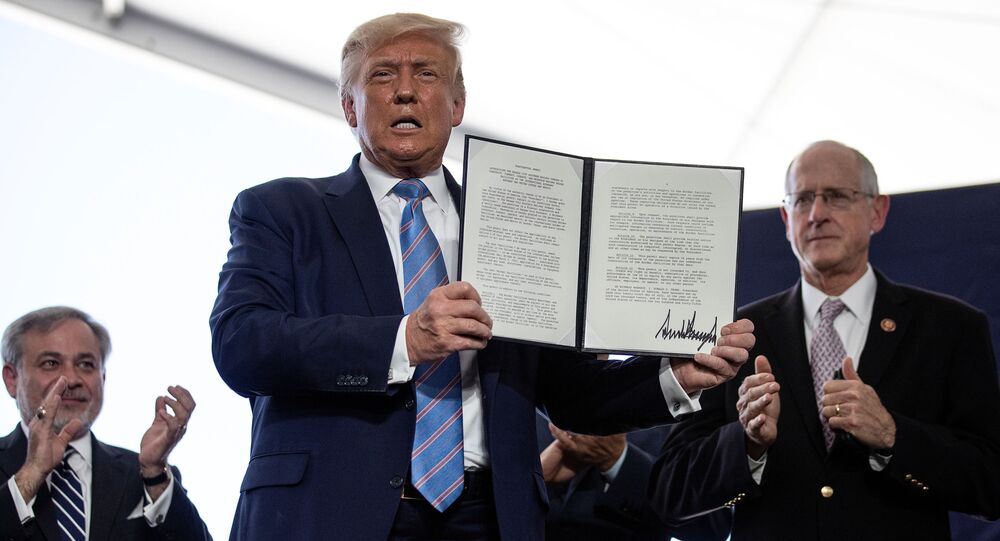 "In a few moments, I will sign four critical permits granting approval to vital pipeline and railway infrastructure on our nation’s border," Trump said before signing the documents on Wednesday. "This will include two permits allowing the export of Texas crude [oil] to Mexico."

One of the permits said it allows NuStar Energy to construct, connect, operate, and maintain pipeline at the US-Mexico border for the purposes of transporting crude oil, liquified natural gas and other energy products.

Trump also signed presidential permits to allow the Kansas City Southern Railway Company to build a railway bridge on the US-Mexico border in the Texas border town of Laredo and to allow the TransCanada Keystone pipeline to transport oil between the United States and Canada.

US-Mexico oil swaps began in 2015 after the Commerce Department granted approval for such exchanges. US exports of crude oil and petroleum products to Mexico grew by more than 68 percent between 2015 and 2019.

'I’m Surprised He Didn’t Cry': Netizens Mock Trump After He Laments That Nobody Likes Him