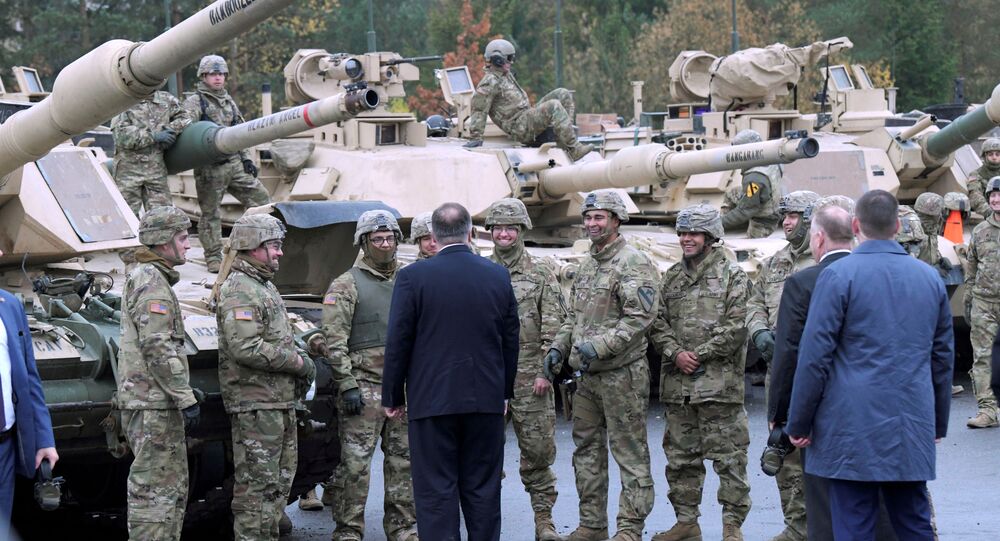 WASHINGTON (Sputnik) - US lawmakers on Wednesday criticized President Donald Trump's decision to reduce the number of American troops in Germany, saying it undermines the United States' alliance with that country and the overall security in Europe.

Earlier in the day, US Secretary of Defence Mark Esper announced that the United States plans to withdraw 11,900 military personnel from Germany and deploy them to other locations. This would reduce the number of troops stationed in Germany from 36,000 to 24,000.

"Threatening to withdraw the US military presence from a region after demanding payments is a perfect example of policy that may appear to put America First, while in reality it strains our relationships with partners and allies and undermines our national security," US House Armed Services Committee Chairman Adam Smith.

Smith called on Congress to fully assess Trump's decision and take any action necessary to ensure that the changes in the United States’ posture in Europe do not create additional risk for US national security.

Republican Senator Mitt Romney said in a statement that the decision to reduce the number of US forces in Germany is a grave error, describing it as a slap on the face of a friend and ally when Washington should be showing a growing commitment to counter Russia and China.

Romney added that although the decision may be beneficial for domestic politics, it will result in long-term harmful consequences for US interests.

Menendez said the Trump administration's decision will weaken US efforts to counter Russia in eastern Europe. In addition, Menendez said US forces in Germany play an essential role for US security interests throughout the Middle East and Africa.

However, Senate Armed Services Committee Chairman Jim Inhofe said in a statement on Wednesday that Trump and Esper are taking appropriate action by reducing the number of American troops in Germany.

"President Trump and Secretary Esper are on the right track," Inhofe said.

Inhofe said the Trump administration aims to optimize the US force posture in Europe by moving some forces along NATO's eastern flank.

The chairman also said that he and other members of Congress will receive detailed briefings from the Defence Department in the coming days and weeks about the Trump administration's decision.

Germany Most Admired Country as US Approval Rating Stands at 33 Percent, Poll Reveals

Pentagon Clears Plan to Withdraw 9,500 US Troops From Germany