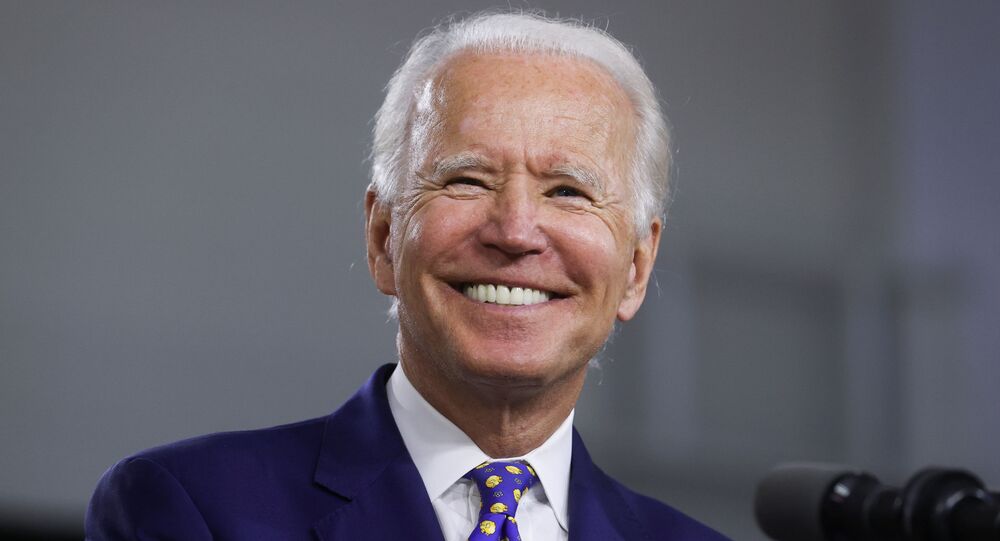 In March, the presumptive US Democratic presidential nominee, Joe Biden, declared that he would pick a woman as his running mate for the US 2020 election, adding that “there are a number of women who are qualified to be president tomorrow”.

A former US vice president and now the presumptive Democratic presidential nominee, Joe Biden, on Tuesday said that he would announce his pick for vice president in the 3 November election during the first week in August.

“I’m going to have a choice the first week in August and I promise, I’ll let you know when I do,” Biden told reporters during a question-and-answer session following a speech in his home state of Delaware. “I’m not prepared to say much more than that.”

The former vice president did not specify on which day he would make the announcement nor did he provide details on whether he would be able to meet with his selected running mate in the near future amid the ongoing coronavirus (COVID-19) pandemic.

Biden is expected to accept the Democratic nomination for the US 2020 election at the party’s national convention between 17 and 30 August.

Since Biden earlier this year promised that he would pick a female running mate, referring to several women “qualified to be president tomorrow”, a number of names have been suggested.

Some media in the US claimed that it would be difficult for the presumptive Democratic presidential nominee to select a VP, as he needs someone who “could be to him what he was to [former] President Barack Obama: a friend and confidant who subordinated his political interests to those of his boss”.

In late April, Biden said that he would choose former US First Lady Michelle Obama as his running mate “in a heartbeat”, touting her as “a really fine woman”.