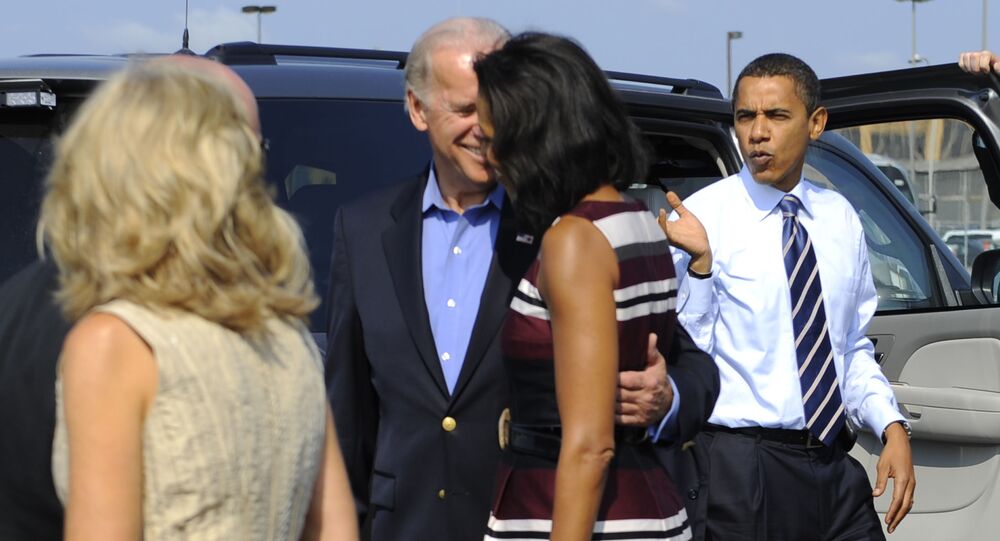 Last week, Barack Obama endorsed Joe Biden for the presidency, claiming that the Democratic contender “has all the qualities” for the job. The move followed Biden saying in January that he wanted former US First Lady Michelle Obama to become the country’s next vice president.

Former US Vice President and current Democratic hopeful Joe Biden has reaffirmed his desire to see former First Lady Michelle Obama as his running mate for the country’s 2020 presidential election scheduled for November.

“I'd take her in a heartbeat. She's brilliant. She knows the way around. She is a really fine woman”, Biden told the CBS-owned KDKA television station on Monday.

Even so, he underscored that “we're just beginning the process” of selecting a vice president.

“I'll commit to that be a woman because it is very important that my administration look like the public, look like the nation. And we will be committed that there will be a woman of colour on the Supreme Court, but it doesn't mean there won't be a vice president, as well”, Biden added.

Netizens remained at loggerheads over the remarks, with some praising Michelle Obama as a “great choice” and arguing that “we’d all love that combo”.

This would be the best thing senile @JoeBiden ever did ...

Of course....needs her to win.

She is a great choice.

I think we’d all love that combo.

They would be a good match cause she's a strong woman, I love her

It would get him the votes he needs. Any other wouldn’t help. She is a good figure head to have by his side.

Others were not that optimistic, with one Twitter user arguing that picking Michelle Obama would be “a sign of desperation” and other netizen pointing to her personal stance on the matter. In a best-selling memoir released in 2018, the ex-First Lady, in particular, stressed that she has “no intention of running for office, ever”.

I'd like her as VP. She's a smart lady, but I'm not yet convinced she knows enough about our system to get stuff done, like her husband.

I think there is no way Michelle Obama wants any part of being back in government, She's living the good life. However IF she were VP it would be a third term for President Obama as he would be running the country.

This is such a red herring. She has unequivocally stated she would never ever do this thing. Please don't waste our time.

Biden’s KDKA interview comes a week after Barack Obama endorsed the Democratic contender for the presidency, saying in a statement that he believes that “Joe has all the qualities we need in a president right now”.

Obama also applauded Biden as having played a leading role in managing two previous potential epidemic threats and helping to prevent them from becoming the kind of national crisis that the coronavirus now presents.

The former US president’s remarks came after Biden said during a campaign stop in Iowa in late January that he “sure would like Michelle [Obama] to be the vice president”, touting the former First Lady and her husband as “incredibly qualified, decent and honorable people”.

Since Senator Bernie Sanders wrapped up his bid for the Democratic Party’s nomination earlier in April, Biden remains the last standing presidential hopeful to challenge incumbent Donald Trump in the elections on 3 November.