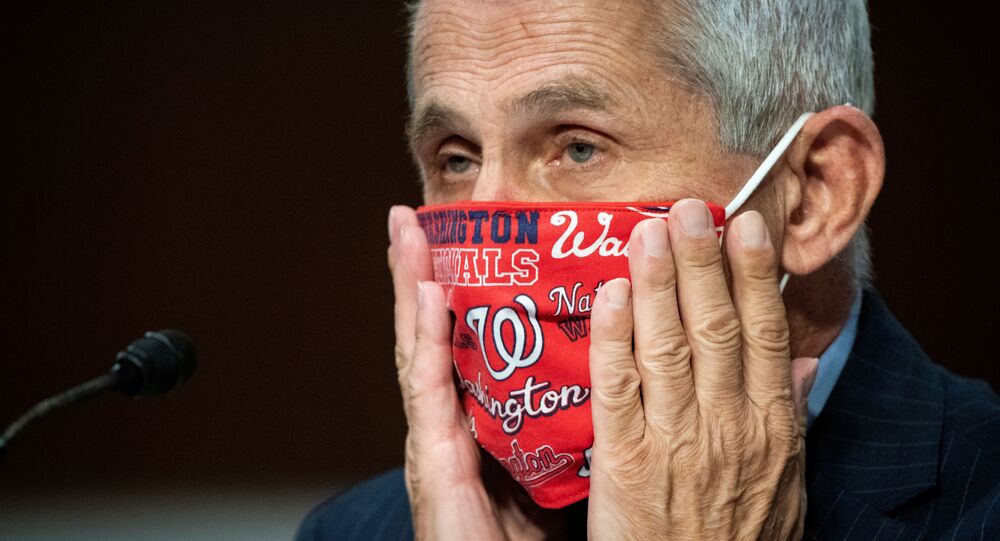 Anthony Fauci, a prominent American immunologist and a leading member of White House Coronavirus Task Force has been an outspoken advocate of national lockdown measures, which he says have saved “millions of lives”. He recently went on to compare the COVID-19 crisis to the 1918 Spanish Flu pandemic.

Director of the US’ National Institute of Allergy and Infectious Diseases Anthony Fauci said he has been facing “serious threats” against him and his family since becoming a leading figure in the national fight against coronavirus and was even assigned security now as a result of this hate, according to the doctor’s comments to CNN’s “The Axe Files” podcast.

The top US immunologist revealed that he was harshly criticised and sent hate mail ever since he started working through HIV/AIDS crisis several decades ago, but this time the public anger was at a level which was “a magnitude different”.

“I’ve seen a side of society that I guess is understandable but it’s a little bit disturbing. Back in the days of HIV when I was being criticised with some hate mail, it was, you know, people calling me a gay-lover and 'what the hell are you wasting a lot of time on that ... things that you would just push aside as stupid people saying stupid things,” Fauci told the podcast’s host David Axelrod.

The top Trump White House Coronavirus Task Force then noted that “as much as people inappropriately, I think, make me somewhat of a hero — and I'm not a hero, I'm just doing my job —there are people who get really angry at thinking I’m interfering with their life because I’m pushing a public health agenda”.

According to Fauci, both the hate male and “serious threats” he was now receiving were directed not only against him, but also against his daughters and wife. “I mean, really? Is this the United States of America?”, the doctor exclaimed during the podcast.

Dr. Fauci has also been fending off criticisms from some officials from the Trump administration in relation to his anti-coronavirus agenda and recommendations. These attacks even prompted his wife Christine Grady, who is the head of the Department of Bioethics at the National Institutes of Health Clinical Center, to defend her husband, who she said had been “working so hard for the right reasons” as critics were “making things up” and looking for points to attack him.

Both Trump and Fauci maintained that they had “very good relationship” with each other, even though the US president once branded his top coronavirus specialist “a little bit of an alarmist”. Fauci later responded that he was “realist” instead, while insisting that the US was not “doing great” in relation to COVID-19 crisis. Just last week, he said during Georgetown University's Global Health Initiative’s webinar that coronavirus crisis had a potential of reaching the level of the “mother of all pandemics” 1918 Spanish Flu that took lives between 50 million to 100 million people, according to various estimates.