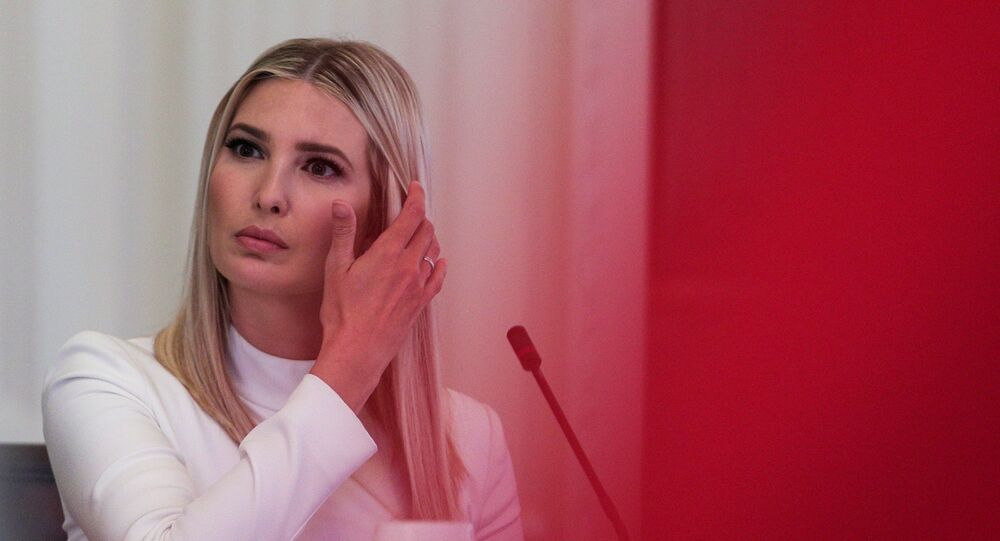 Donald Trump’s daughter and adviser Ivanka is currently in Colorado for a two-day trip where she was discussing funding for the preservation of national parks and was expected to visit a child care facility. In the meantime, it appears that her Washington’s home has seen some suspicious activity.

A young man was handcuffed and taken into custody just outside of Ivanka Trump’s home in Washington, DC on Thursday morning, while her husband Jared was inside the house, Daily Mail reported, citing an eyewitness’s account.

According to the report, an unidentified man wearing a grey Pac-Man t-shirt, was questioned by the Secret Service and then pulled out of a black Mercedes-Benz which was parked outside Ivanka’a and Jared’s home.

The photos of the incident provided by the media show him sitting on the curb barefoot at some point, while already handcuffed. According to eyewitness he was then put in a police van. The intentions of the man and the reason he was waiting outside the president’s daughter house remain unclear.

The eyewitness stated that just 10 minutes after the incident, Ivanka’s husband and senior adviser to the president, Jared Kushner, emerged from the house dressed in a suit and wearing a face mask.

Donald Trump’s daughter Ivanka however was not home that day, as she is currently on a trip to Colorado.

The pandemic has made us value, now more than ever, the national treasure that is our parks & the respite they afford our families.

She has already visited Rocky Mountain National Park, according to her Twitter feed, and is soon expected to hold a roundtable talk with Senator Cory Gardner and officials from the Department of Health and Human Services  and Department of Labor at a child care centre. She did not publicly comment on the incident outside of her Washington mansion.