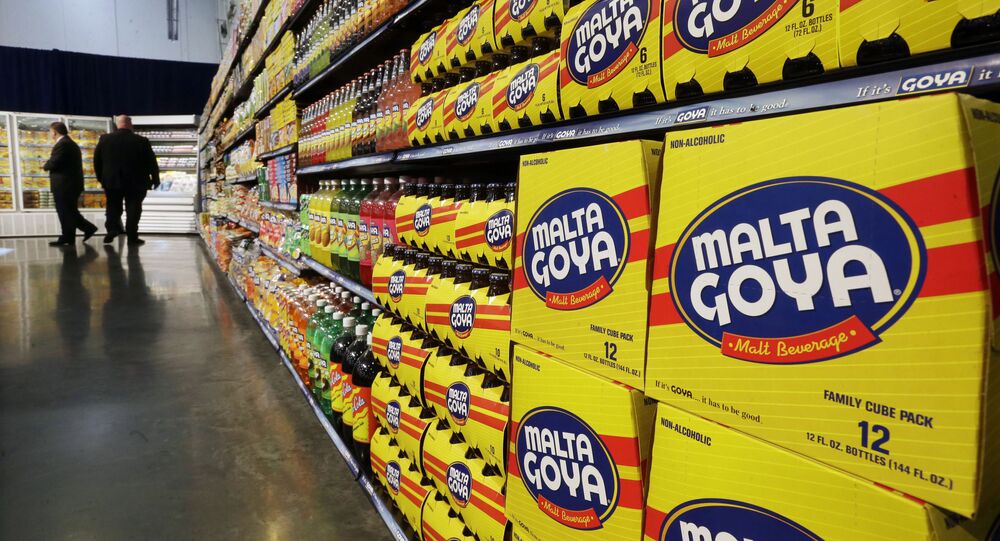 Earlier, Ivanka Trump pitched Goya products on her Twitter account, facing strong backlash from netizens who accuse her of violating federal ethics by touting products while in the position of being a senior White House adviser.

US President Donald Trump in his Instagram account shared a photo of himself sitting behind the desk in the Oval Office displaying several products made by Goya - a large Hispanic-owned food company whose CEO earlier expressed support for the president's reelection campaign, gaining backlash with people calling for others to boycott the company's products.

Already enraged by a similar move made earlier by his daughter, Ivanka Trump, netizens blasted Trump over his apparent commercial, noting that it is against the law for a sitting US president to promote the products of private companies, as is detailed in federal law.

I give you Donald Trump, 45th President of the United States.

Sitting at the historic Resolute Desk in the Oval Office of the White House, Washington, DC.

And some tins of beans.

Why can’t Republicans hold Trump accountable for any of his illegal activity? The President is not allowed to promote American companies.

​Twitterati lashed out at the presidential family, casting doubt that they themselves use Goya products.

Do they use Goya beans in the taco bowls at trump tower?

Trump does not know what any of that stuff is. He may get his base to buy a couple of Goya products one day, but it won’t last. The rest of us who buy Goya on a regular basis are who they need to care about. I’m done and I won’t tell my 89yo Cuban father, but he is done too.

​Goya has previously faced the threat of boycotts from some for the company's support for the Trump campaign, and several users have reiterated their intention to reject the brand after the president's apparent advertisement.

Goya is now married to the Trump brand. I don't think this is a wise long term strategy for the company.

Is there a single swing voter who will be persuaded by this!? A single donor who, upon seeing the Trumps smiling with cans of beans, will write them a larger check? A single consumer who will buy more Goya beans because of this?

How convenient that Goya endorses Trump then the whole family advertises their products to the world. Sounds like quid pro quo to me.

​Despite the controversy raised by the matter of breaking a federal law, Trump did not step back from his brand endorsement, implying on Twitter that sales only benefit from what netizens see as a "promo-campaign".

​Founded in 1936, Goya is currently the largest Hispanic-owned food company based in the United States. No official comments on the matter have been offered by the brand.

Did He? Twitter Debating Over Whether Trump Believes Operation 'Desert Storm' Was in Vietnam