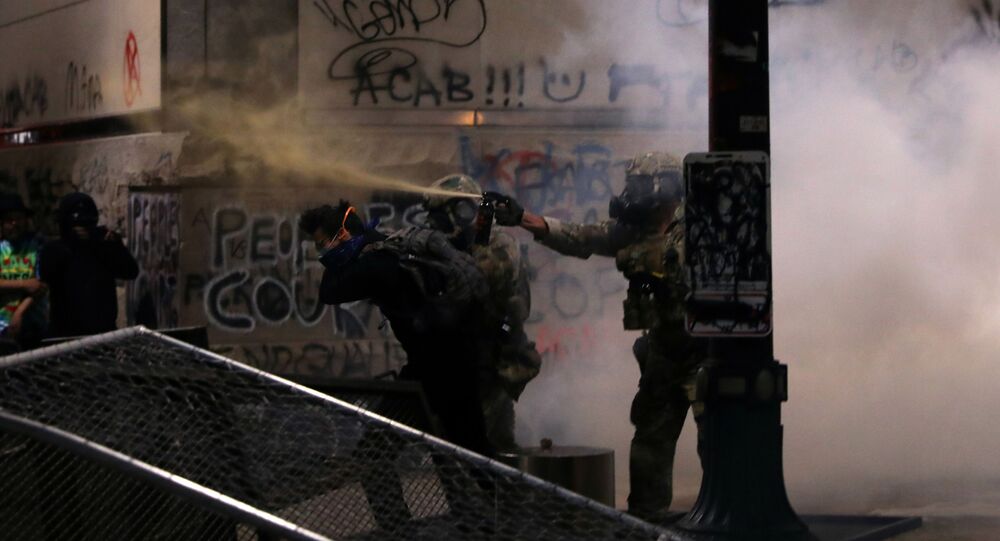 Mayor of Portland Gets Tear Gassed During Protest Against Police Brutality

The mayor of Portland, Oregon, has sided with demonstrators in their call for federal officers to leave the city, accusing them of using aggressive tactics against protesters.

Mayor Ted Wheeler got tear gassed by federal agents during mass protests in Portland, Oregon, against racism and police violence on Wednesday night.

Wheeler, 57, was among the crowd of protesters outside the federal courthouse and the Justice Centre when federal police fired the gas to disperse the crowd.

According to local media, the Democrat mayor, who has been in office since 2017, had talked to demonstrators for around two hours before the gas was used. He told one protester: “I’m not going to leave. If you get gassed, I’m getting gassed.”

The mayor of #Portland says he’s never been tear gassed before. He called it “abhorrent.” Even with goggles, his eyes were red and burning. Mayor Ted Wheeler got his fill tonight. #PDXprotests pic.twitter.com/mWslXXXJa1

​It is reported that the crowd initially appeared to be largely accepting of his presence, but “turned on” the official at around midnight. The Washington Post’s Marissa J. Lang, who was at the scene, tweeted that the media and protesters were “not thrilled to see” Wheeler and some shouted over him and called for his resignation.

Wheeler was filmed coughing as he marched on with protesters, with some people swearing at the mayor. One person shouted, “How does it feel, Teddy?” and a brief tussle broke out between the crowd and his security detail before he left the scene.

"How does it feel, Teddy?" someone shouts. pic.twitter.com/4VPOKcOIII

​Wheeler, who is also Portland’s police commissioner, has previously accused federal officers of exacerbating tensions in the city, which has seen almost two months of nightly protests since the death of George Floyd. However, he has also repeatedly said that he has no authority to control the actions of the feds and make them leave the city.

Portland City Commissioner Jo Ann Hardesty, who oversees the departments that house firefighters and 911 dispatchers, called on Wheeler over the weekend to put her in charge of the police bureau, saying the mayor was denying violence committed by local police and had lost control of the force. Wheeler responded that he would keep the police for himself.

On Wednesday, the City Council banned local police from coordinating with federal agents and using force against journalists and legal observers.