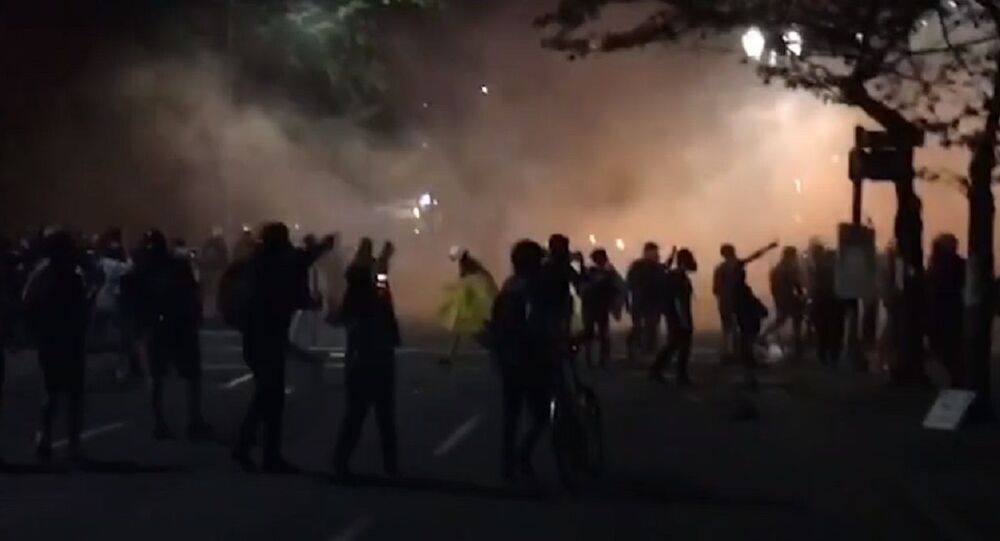 The city has been engulfed by nightly anti-racism protests in the aftermath of the death of African American former convict George Floyd in police custody. Outbursts of violence during the protests prompted President Donald Trump to send federal law enforcement officers to the city to maintain law and order.

Sputnik presents footage of Wednesday protests in Portland, Oregon as they continue to sweep across the city despite the deployment of federal law enforcement officers ordered by US President Donald Trump.

In the video, demonstrators, amassed in great numbers, are seen chanting slogans, banging on the walls of the local courthouse and using firecrackers to create a smokescreen.

The footage also shows heavily-armed federal police officers who arrived to the scene to quell the discontent.

Acting US Secretary of Homeland Security Chad Wolf previously stated that federal law enforcement officers have made 43 arrests  against violent protesters in Portland since Independence Day.