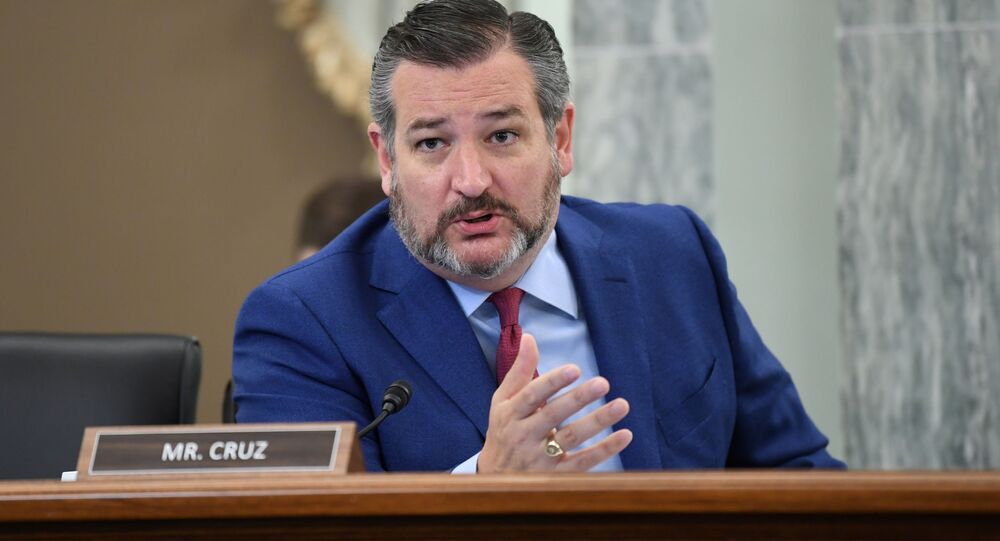 Earlier in July, President Donald Trump rejected the threat of presumptive Democratic presidential hopeful Joe Biden prevailing in Texas, saying that the state "is going to be very strong for us" as it was during the 2016 election.

Republican Senator Ted Cruz has warned his party of far-reaching consequences from a possible Democratic win in Texas ahead of the 3 November election.

“Texas is the single biggest target for the left in 2020, politically speaking”, Cruz said in a video posted by The Hill on its Twitter page Sunday.

He described the country's second-largest state as “the key for national domination for years to come”, adding that “if Democrats win Texas” by taking its 38 Electoral College votes, “it’s all over”.

TedCruz: RT thehill: Sen. tedcruz: "If the Democrats win Texas, it's all over." pic.twitter.com/KORqjXLf1P #conservative

The last time “red” Texas voted for a Democratic candidate was the 1976 presidential election, when Jimmy Carter won 51.14 percent of the popular vote.

The former VP's move came as a recent raft of polls predicted a tight contest between Biden and President Donald Trump in Texas, where the incumbent president managed to win by 9 percentage points in the 2016 election.

Trump, for his part, recently dismissed the threat that Biden may pose in the US president’s traditional stomping ground, saying that he thinks “Texas is going to be very strong for us – all of us — as it was in the past election” in 2016.

In the latest development, POTUS refused to accept the results of recent Fox News polls showing Biden leading Trump by 8 points, 49-41 percent, in the run-up to the 2020 election.

“First of all, I’m not losing, because those are fake polls. They were fake in 2016 and now they’re even more fake. The polls were much worse in 2016”, Trump told Fox News last Sunday, slamming the news network’s polls as something that is “among the worst”.

Fox News Friday polls revealed that while Biden leads among women, Hispanics, and Blacks, as well millennials, suburban voters and independents, Trump is supported by whites, both with and without a college degree, evangelical Christians, rural and senior voters.