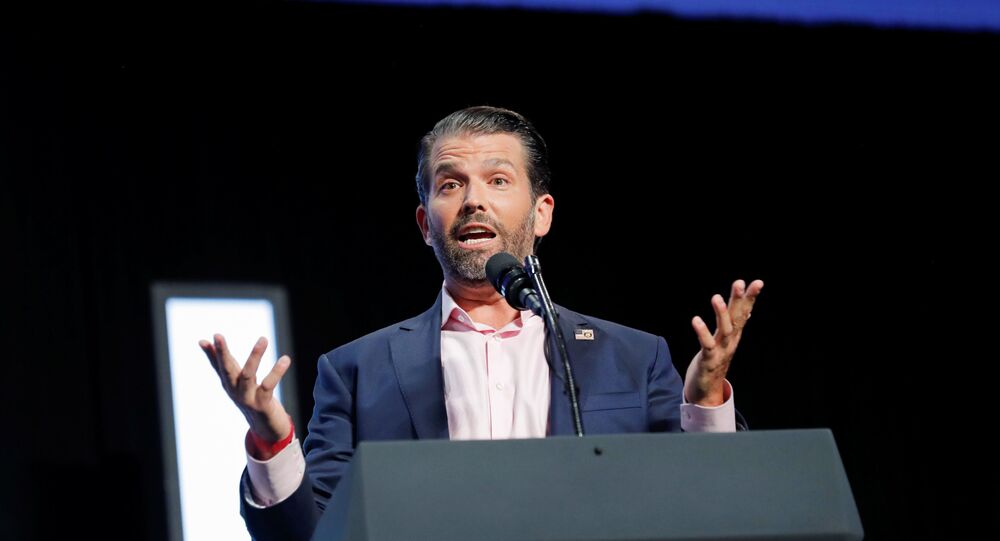 President Trump's oldest son also lashed out at the media as, according to him, they continue to take digs at his father to make him look bad while at the same time ignoring Biden's history.

Donald Trump Jr has criticised Democratic presidential candidate Joe Biden's economic plan, dubbed "Build Back Better" and criticised his approach to China, saying that the US has to "deal tough" with Beijing.

"You know that Joe Biden can sell this notion of 'now we're going to be buy American after 50 years of legislation that sent our jobs, that sent our American Dream to China", Trump Jr said on "Sunday Morning Futures". "It's asinine."

Trump, however, accused Biden of plagiarising his economic programme, but added that the former vice president was still unlikely to succeed with it.

Trump Jr once again said that the media is not objective in looking into the candidates' past, as they have ignored certain things about Biden. He went on to say that Biden's entire family have enriched themselves off of his publicly funded office, and the University of Delaware is reluctant to release the Biden Senatorial Papers, which, Trump Jr insisted, should be available to the public.

Trump's son stressed that the media has deliberately avoided speaking much about Biden so he could not be "defined", otherwise, Americans would see "how terrible this notion could be" for the United States.