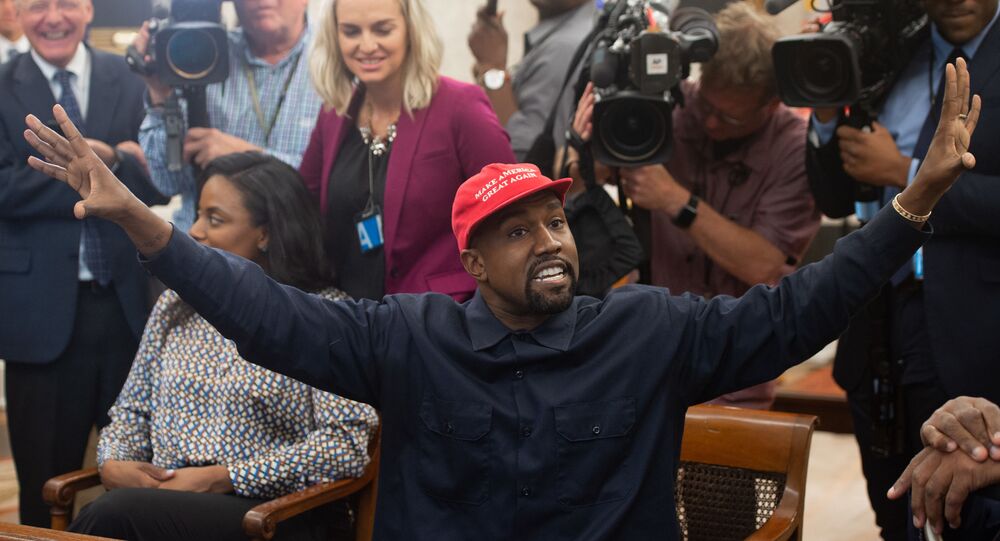 MOSCOW (Sputnik) - US rapper and media personality Kanye West has scheduled his first presidential campaign event to be held in South Carolina on Sunday, according to a campaign document obtained by Politico.

According to the documents, the rapper will hold his first rally in his late presidential bid in the city of North Charleston. Attendees will be required to wear masks, maintain social distancing, and sign a COVID-19 liability release form, the publication reported.

Hi guys please sign up to put me on the ballot in South Carolina at any of these locations You can also sign up at the websitehttps://t.co/ZURvTEW9ee pic.twitter.com/3rV5ujExPm

​Earlier in the week, West submitted paperwork to register as an independent candidate in Oklahoma, where the deadline had not yet passed. He tweeted on Saturday asking his supporters to submit signatures to put him on the ballot in South Carolina.

© AFP 2021 / Angela Weiss
Kanye West Tweets New Album 'DONDA' Tracklist, Release Date, Only to Abruptly Delete Later
No stranger to controversy, West had previously aligned himself with incumbent President Donald Trump, a minority sentiment among African-Americans. Kanye later distanced himself from Trump and announced his intention to run for the Oval Office on 4 July.

West’s bid is believed to pose a danger to Democratic challenger Joe Biden, whose support among black voters is seen as a strength.

Independent candidates have never won the presidency in modern US history. However, they have often proved to be spoilers, garnering crucial votes to tip elections one way or another.