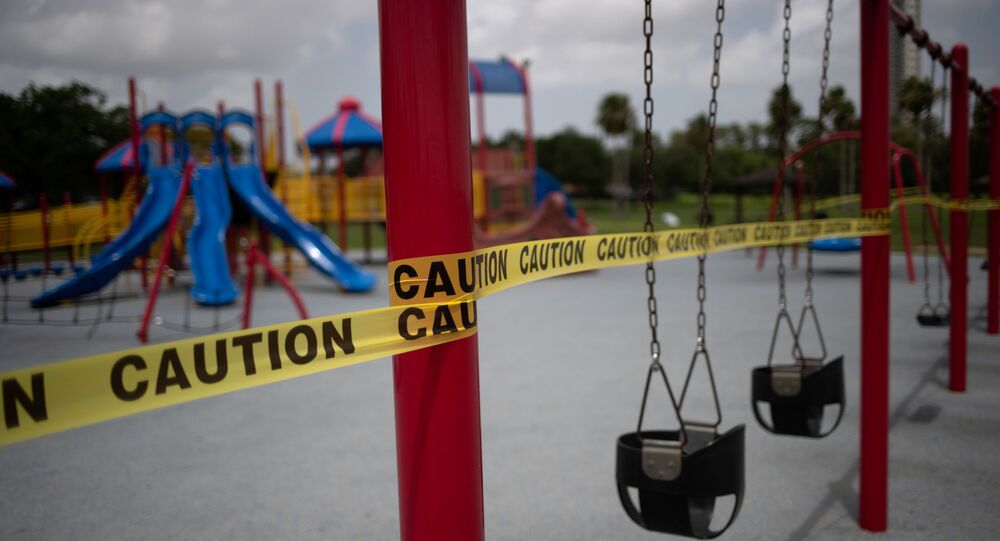 The Trump administration has often contradicted the recommendations of the CDC and the top doctor in the Coronavirus Task Force, Anthony Fauci. Namely, despite recommendations to wear face masks in public places, POTUS long refused to observe this and only recently appeared in a mask for the first time.

US President Donald Trump has retweeted a post made by American TV show host and conservative Chuck Woolery, who suggested that the country's Centres for Disease Control (CDC) and "Media, Democrats, [and] Doctors" are deceiving the public about the COVID-19 pandemic in the country. The host argued that purportedly false information about the disease is being spread in order to negatively affect the country's economy and – in the end – the outcome of the November election.

The most outrageous lies are the ones about Covid 19. Everyone is lying. The CDC, Media, Democrats, our Doctors, not all but most ,that we are told to trust. I think it's all about the election and keeping the economy from coming back, which is about the election. I'm sick of it.

In another retweeted post, Woolery defended the idea of reopening American schools in autumn, citing "scientific evidence". Earlier, US Education Secretary Betsy DeVos doubled down on her push to reopen American schools, arguing that the CDC's social distancing guidelines are supposed to be "flexible" and applied only when "appropriate".

There is so much evidence, yes scientific evidence, that schools should open this fall. It's worldwide and it's overwhelming. BUT NO.

The president did not comment on any of Woolery's tweets, so it's unclear which parts of his statements he was supporting.

The president's retweets come as the US has been seeing rising rates of new daily COVID-19 infections over the last two weeks. The first signs of growing numbers emerged in the middle of June, after two weeks of anti-racism protests across the country, but it became more apparent by the end of the month. After days of staying below 18,000 new cases per day, the numbers have been rising since 12 June, when the 20,000-case mark was passed, eventually surpassing 35,000 cases on 21 June.

The country set a new "world record" on 12 July, registering a whopping 66,281 new coronavirus cases in 24 hours. During the last 10 days, the numbers have rarely dipped below 50,000 new infections per day. The spike in infections, which exceeds the previous one in April, comes as states in the US are continuing to reopen their economies following months of lockdown. The re-openings started after the Trump administration released guidelines for the process, while leaving governors at liberty to choose whether or not to follow them and essentially allowing states to lift the limitations as they please.

US, Japan Share Information About COVID-19 Surge at US Bases in Okinawa