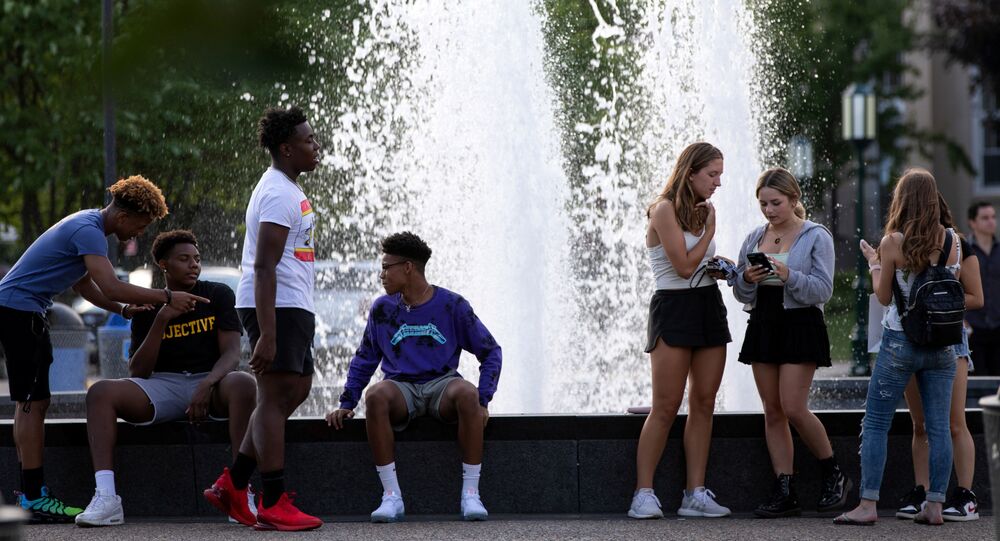 On 1 July the United States, already the global leader in infections and deaths from the disease, saw a record 51,000 new cases in a single day, prompting officials in some parts of the country to make a quick U-turn on lifting security measures.

The United States may see 100,000 daily new coronavirus cases if authorities do not act quickly to curb the spread of the disease, warned the country’s top disease expert, Dr. Anthony Fauci. The spike in cases follows the reopening of the country, which saw authorities lifting restrictions introduced to slow coronavirus infections. However, unlike other countries such as Britain, Germany, Italy and Spain, the US had an enormous rise in cases, with infections growing by 5 or more percent in 40 states.

Сommenting on the reasons behind recent dramatic spike in cases, Carol Shoshkes Reiss, professor of biology and neural sciences at New York University, said all travelers entering the United States should have been quarantined at the beginning of the pandemic. Reiss said that when the NY area was hardest-hit, the rest of the country failed to develop medical capacity - testing was under-supplied and there was complacency and fear, but not mobilization. "This resulted in contradictory messages from health organizations," she noted.

"What is needed is a clear unambiguous message from Tony Fauci, medical guidance, rapid manufacture and distribution of more tests, building field hospitals in convention centers, manufacture of more PPE [personal protective equipment]. Peoples' behaviors need to accept the new normal. Travel bans with non-negotiable quarantine for people who do relocate, until the disease is beaten back. The CDC, NIH and FDA [The Food and Drug Administration] should have been given the power and the finances to manufacture (delegate) everything needed. Tens of thousands of track-tracers should have been trained in every community. The message should have been clear, unambiguous, and not contradictory", Reiss affirmed.

The spike in new cases in California, the second-hardest hit state in terms of new infections, were recorded primarily in prisons, nursing homes and shelters for the homeless, as well as in poor Latino communities, said Dr. George Rutherford, an epidemiologist at the University of California, San Francisco.

"Thirdly, there are new outbreaks and transmission among younger people that probably began around Memorial Day (late May) and are continuing as more and more restrictions (e.g., on bars) were removed. Finally, there is renewed migration from Mexico, especially among American citizens who live in northern Baja California, who are returning to the US seeking care”, said Rutherford.

He noted that despite enormous number of new cases across the country, the number of deaths from the COVID-19 pandemic has not increased significantly. Rutherford attributes this to better medical care and the demographics of the populations now becoming infected.

Trump Says He’s 'All for Masks', Looks Like 'Lone Ranger' When Wearing One