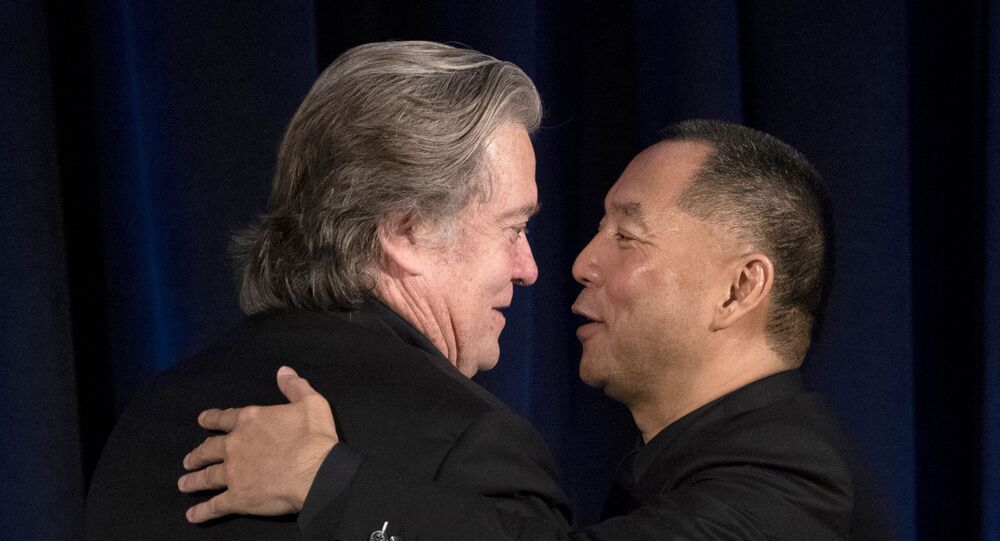 The former real estate mogul, who fled China in 2014, has been levying allegations of corruption among his homeland’s ruling elite. While in the US, he befriended Steve Bannon, a former Trump advisor and fellow critic of Beijing.

The FBI has launched an investigation into the renegade Chinese billionaire Guo Wengui, The Wall Street Journal reports, citing sources with knowledge of the probe.

The bureau’s agents are said to have been examining Wengui for six months for his media activities in the United States, including his work with Steve Bannon, a former senior counselor and chief political strategist to President Donald Trump.

Wengui fled China in 2014 after falling out with the leadership of the ruling Communist Party. He is wanted in China on a series of criminal allegations including bribery, kidnapping, fraud, money laundering and rape, which he strongly denies.

The 50-year-old former property tycoon has been living in the United States since 2015. He started an online campaign there aimed at exposing alleged corruption among high-ranking Chinese officials through posts on social media, videos and broadcasts.

He has also befriended Steve Bannon, another China critic and media executive. Bannon has used Wengui’s private jet to fly to events to promote Republican candidates during the 2018 mid-terms, and the two announced a joint $100-million investigation into allegations of corruption against the Chinese Communist Party.

During a podcast with Bannon last month, the maverick Chinese mogul claimed that Beijing had been bribing the Vatican and foreign governments like those of Italy and Australia to prevent them from criticising its religious policies.

Axios reported back in 2018 that Wengui had hired Bannon for a year to provide “strategic consulting services” under a $1-million contract. According to The Wall Street Journal, Wengui paid the money via a third party in Hong Kong.

Lawyers for both Wengui and Bannon said the FBI had not contacted their respective clients.