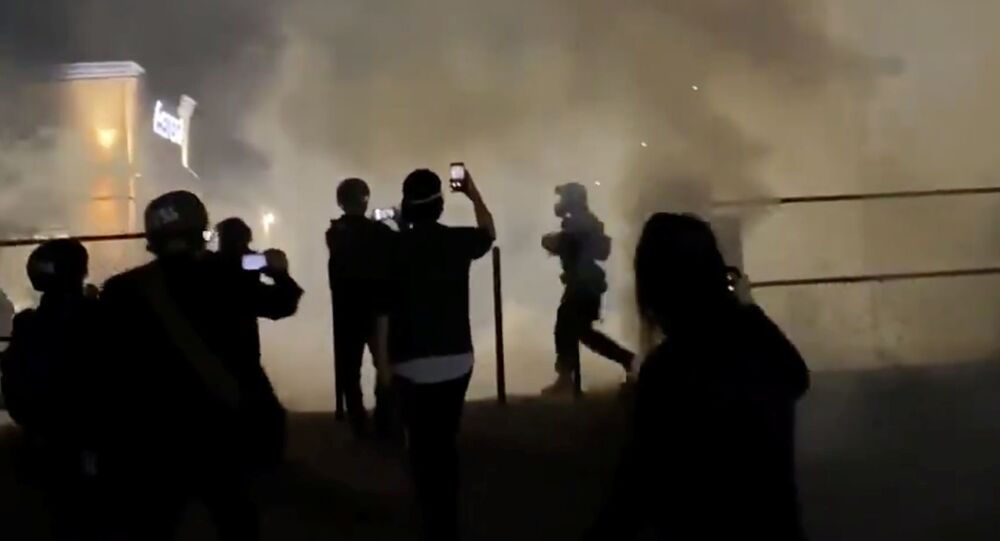 WASHINGTON (Sputnik) - Charges have been filed against seven individuals who took part in violent riots in Portland, Oregon this past weekend, the US Justice Department said in a press release.

"US Attorney Billy J. Williams announced today that seven people have been arrested and face federal charges for their roles in weekend riots at the Mark O. Hatfield US Courthouse in Portland", the release said on Tuesday.

The release said, citing court documents, that protests in downtown Portland have been going on since 26 May, when Black Lives Matter protests occurred nationwide due to the death of George Floyd.

The Portland police declared the protests a riot twice during the Independence Day weekend. Saturday was the 38th straight day of protests in the city since Floyd, a 46-year old Minnesota resident, died in a police custody in Minneapolis. After Independence Day demonstrations in the city, local police arrested fifteen people, with thirteen booked and two cited.