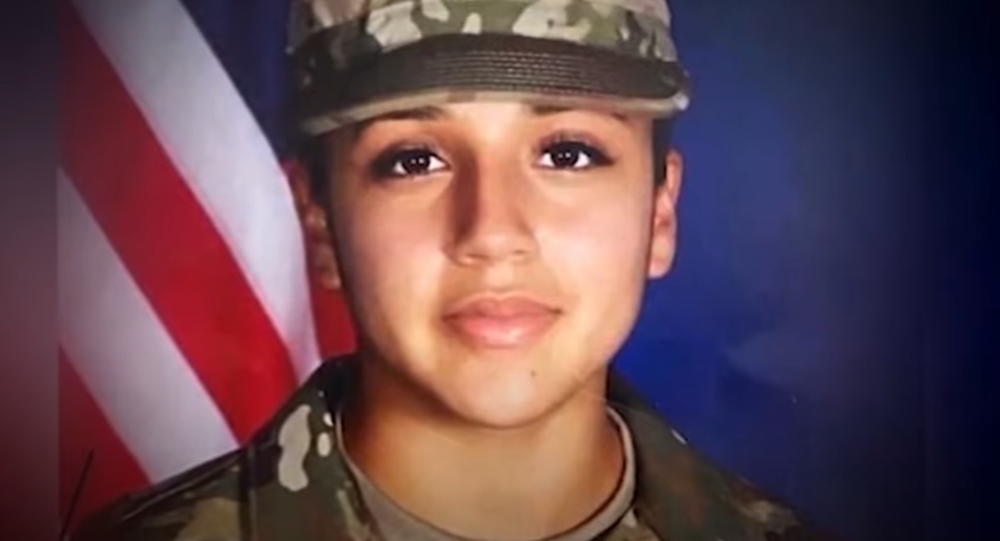 The lawyer for the family of missing 20-year-old US Army Pfc. Vanessa Guillen is demanding justice for the Texas-based soldier, whose remains may have been found by investigators just hours before authorities confirmed the suicide of a key suspect in the case.

"We believe that her remains were found," family attorney Natalie Khawam said during a Wednesday news conference in Washington, DC.

"We believe that the suspect had killed himself in the morning. And that, unfortunately, does not provide us much information about how this happened, why this happened. About why a beautiful young soldier is not with us today."

A Wednesday news release from Texas’ Killeen Police Department (KPD) noted that the suspect - also a soldier based at Texas’ Fort Hood - was located around 1:29 a.m. local time, but as officers approached, he “displayed a weapon and discharged it towards himself.” He later died from the self-inflicted gunshot wound.

According to Guillen’s sister Mayra Guillen, she previously encountered the suspect in question when she visited Fort Hood to obtain an update on the case. She said on Wednesday that she “could tell” something was off about him, as he laughed in her face at the time.

While one suspect is believed to have committed suicide, authorities have detained an unnamed civilian woman who has also been labeled a suspect in the case.

The full July 1 press conference, which featured the Guillen family, their attorney and US Representative Tulsi Gabbard (D-HI) was livestreamed by Houston, Texas, outlet KHOU 11.

According to the family, the Army is “covering up for each other,” making the family’s efforts to get justice even more difficult.

"[Guillen] was taking a shower, and he walked in on her and sat down," Khawam said of the now-deceased suspect. "She was creeped out - as one would be."

Gabbard, who is a 17-year veteran of the Army, asserted that she would be introducing a bill that would allow soldiers to report sexual harassment to a third party that is not included in the military’s chain of command.

Texas outlet Austin American-Statesman reported Tuesday that “partial human remains” had been discovered by investigators searching for Guillen. Hours prior, KPD officials confirmed that they had come across human remains after scouring an area 20 minutes east of the city.

“After receiving additional information, agents have discovered what has been described as partial human remains after analysis from a forensic anthropologist,” the KPD statement read, as reported by the Statesman.

Guillen has been missing since April.

The remains of Private Gregory Morales, another Fort Hood soldier, were found and identified last month, according to the soldier’s mother Kim Wedel.

The remains of Fort Hood’s Pfc. Brandon Scott Rosecrans, 27, were found in May. His body, filled with bullet holes, was discovered miles away from his torched vehicle.