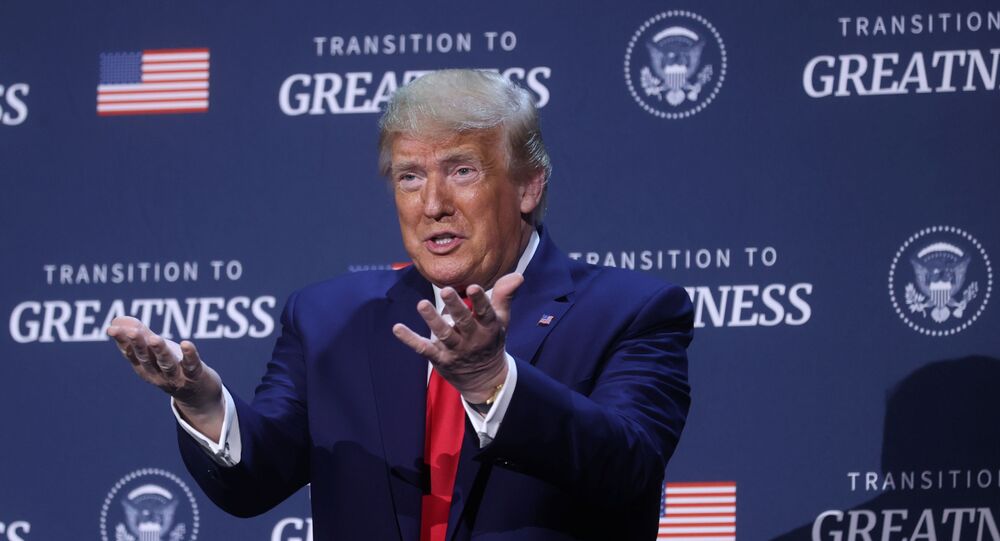 Trump: 'Russian Bounty' Intel Claims Never Presented to Him Since It 'Didn't Rise to That Level'

US President Donald Trump said on Wednesday that he was never briefed on claims published by the New York Times about bounties on US soldiers in Afghanistan given to the Taliban by Russian intelligence agents because US intelligence agencies don't believe it ever happened.

"We never heard about it because intelligence never found it to be of that level, where it would rise to that," Trump told Fox Business during a Wednesday interview at the White House.

"This didn't rise to the occasion. And from what I hear - and I hear it pretty good - the intelligence people, didn't even, many of them didn't believe it happened at all," he added.

"I agree with the intelligence people. I think, frankly, many of the intelligence people didn't think it was something that even happened. And if it did happen, the Russians would hear about it and anyone else would hear about it that was involved," Trump added. "But this was something that never got presented to me ... because it didn't rise to that level."

According to the Friday report by the New York Times, intelligence gotten in part from prisoner interrogations suggested that Russian intelligence agents in Afghanistan had offered cash bounties to Taliban militants to kill US soldiers in the country.

Russia, Trump, and even the Taliban have denied any such exchange took place.

Amid persistent attacks by Trump against the Times on one side, and by liberals and lawmakers against Trump on the other, the NYT has doubled down, claiming on Tuesday that financial data backing the claims of their anonymous sources existed. However, their source for that claim was "three officials familiar with the intelligence."

Trump called the story "just another made up by Fake News tale" in a Wednesday tweet, adding, "The secret source probably does not even exist."

Meanwhile, a Pentagon report from last month found that Russia “very likely continues to support US-Taliban reconciliation efforts in the hope that reconciliation will prevent a long-term US military presence," noting that "as of February, the Russian government was working with the central government, regional countries, and the Taliban to gain increased influence in Afghanistan, expedite a US military withdrawal, and address security challenges that might arise from a withdrawal.”