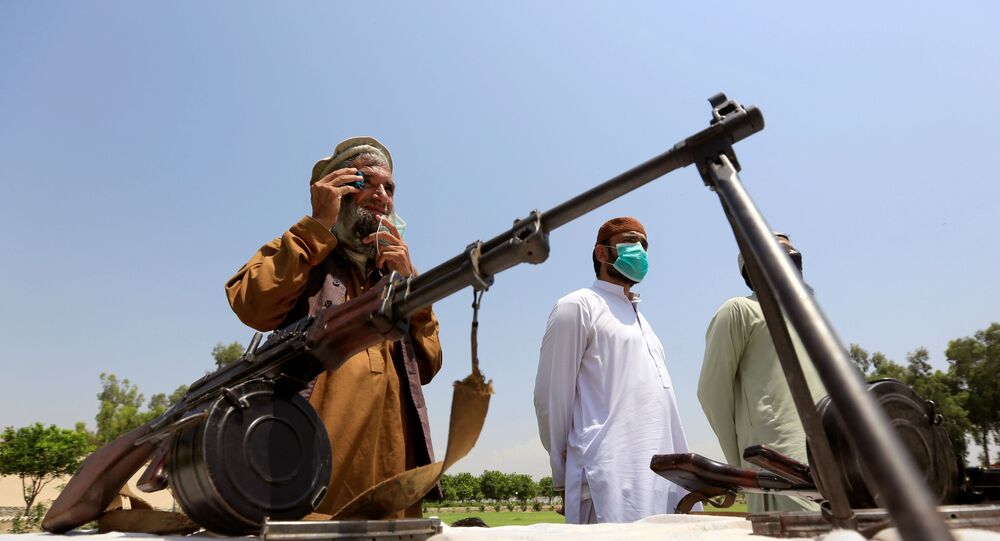 Groundless allegations that Russia offered reward money to Taliban militants for killing American soldiers, published in a recent article in The New York Times, have been denied by Moscow, the White House and the Taliban itself.

National Security Adviser Robert O'Brien refuted media reports that US President Donald Trump had been briefed on the allegations regarding the so-called "Russian bounties" allegedly offered to Taliban militants for killing US troops in Afghanistan in a statement on Tuesday, noting that they were not verified or substantiated by the intelligence community.

"Because the allegations in recent press articles have not been verified or substantiated by the intelligence community, President Trump had not been briefed on the items. Nevertheless, the Administration, including the National Security Council staff, have been preparing, should the situation warrant action," the statement said.

O'Brien went on to note that the actions of "those government officials who betray the trust of the people of the United States by leaking classified information" endanger national security.

​Earlier, Director of National Intelligence John Ratcliffe released a statement on the matter, saying that his Department is “still investigating the alleged intelligence referenced in recent media reporting".

“The selective leaking of any classified information disrupts the vital interagency work to collect, assess and mitigate threats and places our forces at risk. It is also, simply put, a crime", he said, adding that "unauthorized disclosures now jeopardize our ability to ever find out the full story".

In an article published on Friday, The New York Times claimed that Russia secretly offered "bounties" to Taliban-affiliated militants - an allegation "supported" by anonymous sources. The report also claimed, citing unnamed "officials", that Donald Trump was briefed on that information described in the report as "intelligence".

The allegations made by The NYT were denounced by the Russian Foreign Ministry as "nonsense" and "false". The Taliban also refuted the reports, stressing that its activities are not related to any intelligence entity or foreign country.

The White House, in its turn, argued that the President was not briefed on the reported allegations, noting that it was "irresponsible" of The New York Times to produce a "false" report. The President himself said that the claims may be "another fabricated Russia Hoax".

After 18-year Afghanistan Occupation: Media Blames Putin for US Deaths