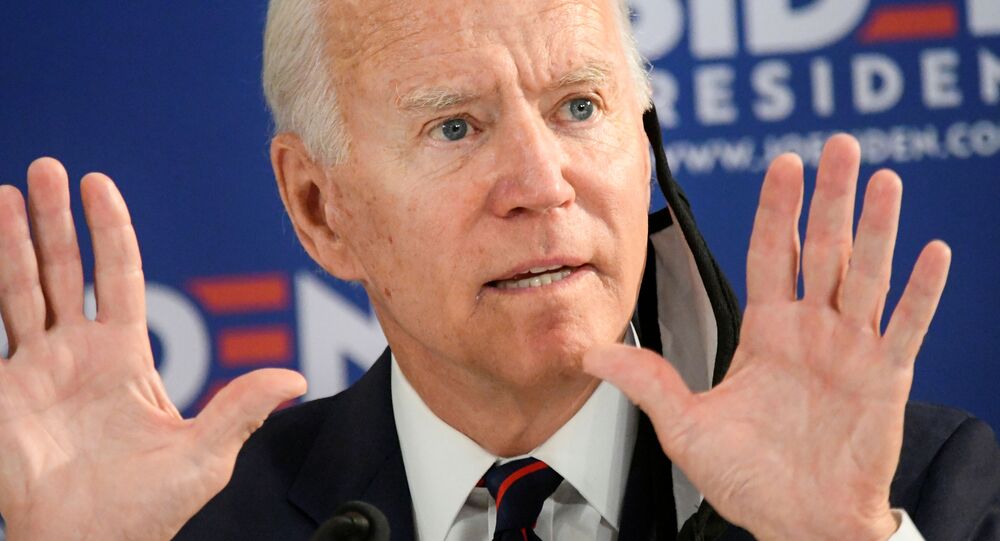 White House hopeful Joe Biden has been evading questions over the diversity of his campaign staff since the Democratic primaries, with the issue now pushed to the forefront amid the continuing protests against racism and police brutality erupting across the country in the wake of the death of black man George Floyd in police custody.

Amidst a heated debate on systemic racism and need for criminal justice reform sparked by the death of black man George Floyd in police custody, presumptive Democratic presidential nominee Joe Biden has revealed that 35 percent of his campaign staff are people of colour and slightly over half are women, according to figures released on 27 June, reported The Washington Post.

The released information did not contain the names of Biden’s staff members.

The campaign added that it was still in the “hiring process” and looks forward to adding “key leaders across the campaign”.

The move to release the figures came hours after Joe Biden was pressed on the issue at a virtual presidential town hall hosted by Asian Pacific Islander American Vote.

Prodding the presidential hopeful to disclose the information regarding the diversity of his campaign staff, PBS correspondent Amna Nawaz urged Biden to comply.

“I’ll release that staff diversity data today. When we get off this call, we’ll call you”, Biden replied, adding:

Biden vowed that his administration was “going to look like America”, and be a “reflection of who we are as a nation”.

The move came after Joe Biden’s presidential campaign reportedly dodged making their internal statistics on the diversity of staff public for months.

Previously, Biden boasted of minority representation within his campaign, saying in an NPR interview in December 2019:

“I have the most diverse staff of anybody running. I’ve always done that”.

© REUTERS / LEAH MILLIS
U.S. President Donald Trump smiles at the crowd as he arrives at the podium to speak during his first re-election campaign rally in several months in the midst of the coronavirus disease (COVID-19) outbreak, at the BOK Center in Tulsa, Oklahoma, U.S., June 20, 2020

President Trump on 22 June signed an order effective at least until the end of the year that blocks visas for a wide variety of jobs, including those for computer programmers and other skilled workers entering the country under the H-1B visa.

“People on these visas built this country”, said Biden.

In response to the move by the Biden campaign, President Donald Trump's re-election campaign also released some of its data later on Saturday, revealing that 52 percent of the campaign's full-time staff were women, while senior staff was comprised 56 percent of women and 25 percent of people of colour, according to a spokesperson cited by CNN.

​A spate of state polls conducted by Siena College for The New York Times has shown that ex-Vice President Joe Biden leads President Donald Trump by between six and eleven points in six key states.
In six states that constituted a third of Trump’s electoral vote total in 2016, such as Arizona, Florida, Michigan, North Carolina, Pennsylvania and Wisconsin, the current incumbent now trails Joe Biden by an average of nine points.

Trump Slams Biden's Claims About 2020 Election, Says 'Joe's Not All There'