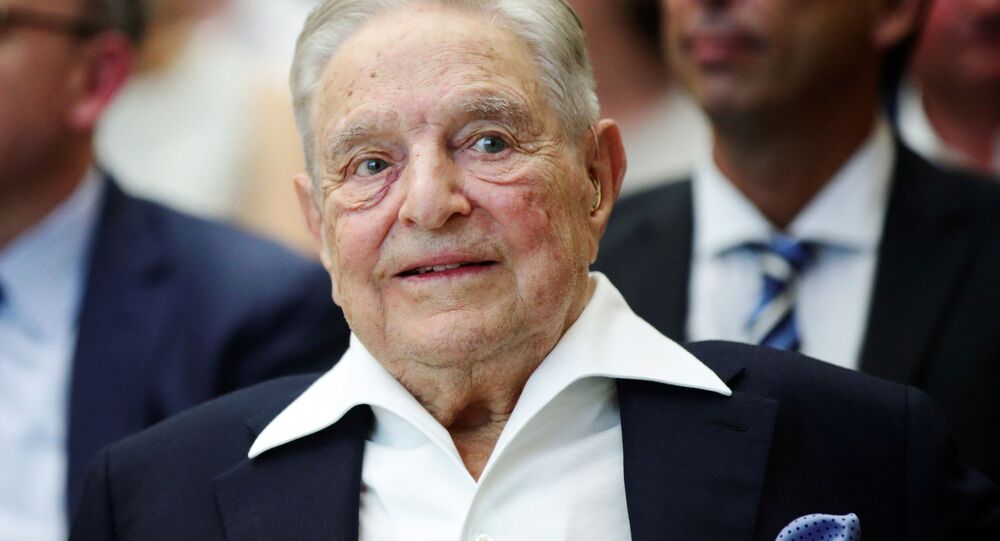 George Soros’s Open Society Foundations has supported organisations working with the Black Lives Matter movement but has publicly condemned the violence that marred the early days of the protests.

A wave of anti-George Soros posts has swept social media in the wake of George Floyd protests, observers say.

The Anti-Defamation League, a US-based Jewish NGO, reports that the daily number of negative tweets about Soros spiked from 20,000 on 26 May to 500,000-plus on 30 May.

There were over 68,700 negative mentions of the financier on Facebook last month, compared with the previous record of around 38,200 in October 2018, according to the Institute for Strategic Dialogue, a London think tank which partners with the Soros-led Open Society Foundations.

Some of the posts warn that the ultra-liberal billionaire aims to “destroy” the United States from within. There are also uncorroborated claims that the 89-year-old investor is a former Nazi, owns Antifa and hires or busses in street protesters.

Prominent conservative commentators, including Candace Owens and DeAnna Lorraine, have suggested that he is funding the Black Lives Matter protests that broke out over the death of George Floyd in May.

The Minneapolis chief of police just confirmed that many of the protesters that are burning down the city are NOT FROM MINNEAPOLIS.

My guess: As he did with Antifa, Democrat George Soros has these thugs on payroll.

He is funding the chaos via his Open Society Foundation. pic.twitter.com/ZWDQfLUjfa

Make no mistake - this is a Takeover. We are being invaded from within.

Can we get #SOROSGATE and #Soros trending? We need to bring attention to this very organized takeover so there is no confusion here. https://t.co/EBpe8lfmWn

​The Open Society Foundations, a liberal grant-giving network, has actually channeled as much as $33 million in the past into groups working with the Black Lives Matter movement. However, there has been no evidence to suggest that the money was given specifically to organise street protests.

Soros and the OSF denied paying protesters and stated that the accusations are meant to “delegitimise” peaceful demonstrations.

Undercover journalists from Project Veritas also reported this month that Soros gave grants to Refuse Fascism, a leftist group organising non-violet protests against Donald Trump and Mike Pence. A national organiser for Refuse Fascism also appeared to admit on camera that the group, which espouses anti-fascist views but differentiates itself from Antifa, also has connections with another billionaire, the former 2020 Democrat Tom Steier.

Soros’s network also works with the Chicago-based anti-deportation group OCAD, which supports calls to defund the police, although there has been no evidence that OCAD participated in the protests.