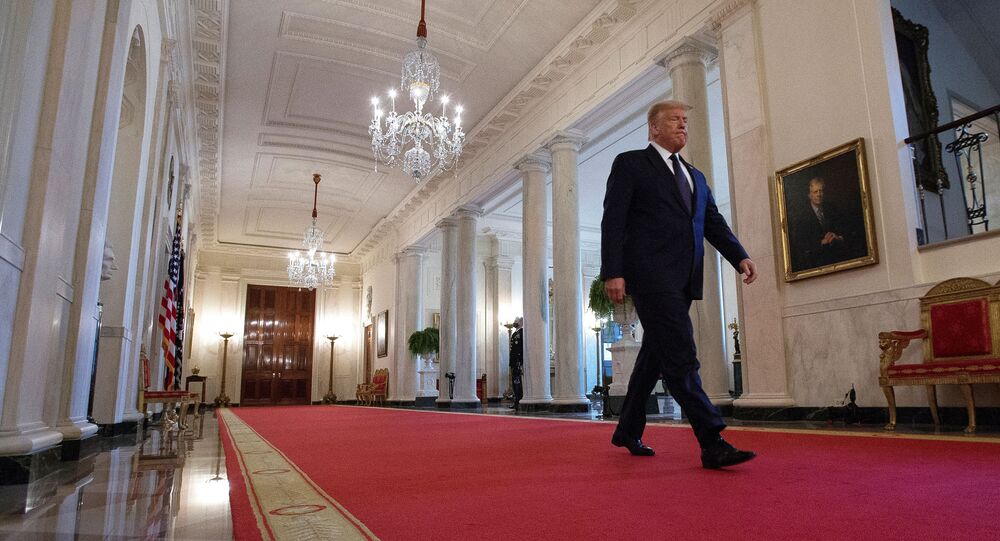 WASHINGTON (Sputnik) - US Assistant Secretary of State for Legislative Affairs Mary Elizabeth Taylor in a letter to Secretary of State Mike Pompeo said she is resigning from her position over President Donald Trump's comments and actions surrounding racial injustice to African Americans in the United States.

"Moments of upheaval can change you, shift the trajectory of your life, and mold your character," Taylor said as quoted in a letter obtained by The Washington Post on Thursday. "The President's comments and actions surrounding racial injustice and Black Americans cut sharply against my core values and convictions. I must follow the dictates of my conscience and resign as Assistant Secretary of State for Legislative Affairs."

Taylor was the first African American woman to serve in her position at the State Department and was unanimously confirmed in October 2018.

The report said Taylor sent a message to her team of about 60 State Department employees in which she expressed that she was profoundly impacted by the aftermath of Floyd's death.

As protests erupted in the city of Minneapolis against racial injustice following the death of George Floyd in police custody, Trump tweeted that "when the looting starts, the shooting starts," which is a phrase first used by a police chief in Miami  in 1967 in response to his department's crackdown on "young hoodlums" who he thought took advantage of the civil rights movement.

The report said Trump also decided to hold his first rally since the start of the novel coronavirus (COVID-19) pandemic on 19 June, which is the Juneteenth holiday that signifies the end of slavery. The date of the rally has been pushed back but it is scheduled to take place in Tulsa, which was the site of a deadly race massacre in 1921, the report added.