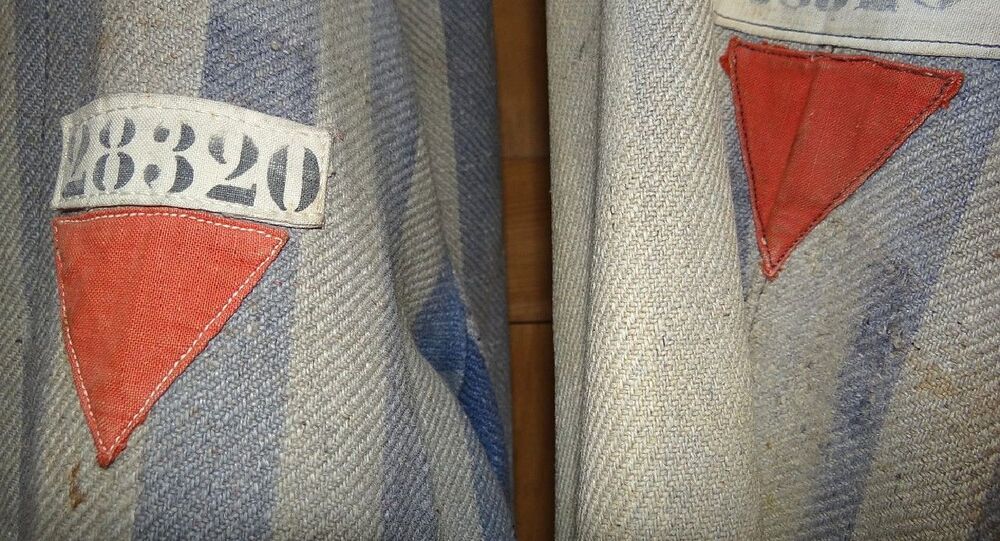 After Facebook announced on Thursday it was removing ads by US President Donald Trump’s 2020 reelection campaign that used a Nazi symbol, the campaign and GOP leaders attempted to defend the ads, saying the symbol was just an emoji and claiming it is a “symbol widely used by Antifa,” a protest group attacked in the ads.

As ads from the Trump campaign warning of the dangers of the anti-fascist group Antifa proliferated Facebook on Thursday, viewers quickly noticed they sported some unsettling symbolism: a large, downward-pointed red triangle, the symbol used by the Nazis to denote political prisoners in the concentration camp system.

The President of the United States is campaigning for reelection using a Nazi concentration camp symbol.

Trump & the RNC are using it to smear millions of protestors.

Their masks are off. pic.twitter.com/UzmzDaRBup

​“We removed these posts and ads for violating our policy against organized hate,” a Facebook spokesperson said in a Thursday statement. “Our policy prohibits using a banned hate group’s symbol to identify political prisoners without the context that condemns or discusses the symbol.”

The ads raged about “dangerous MOBS of far-left groups” that are “DESTROYING our cities and rioting.” The ad then urges Americans to “stand with your president and his decision to declare Antifa a terrorist organization.”

“They are banning a @realDonaldTrump ad that looks exactly the same as one of Facebook’s own emojis, graphics used on every cable network, and street signs all across the country,” McDaniel raged in a Twitter post. She included photos of a Yield road sign and Facebook’s emojis as part of her proof.

They are banning a @realDonaldTrump ad that looks exactly the same as one of Facebook’s own emojis, graphics used on every cable network, and street signs all across the country.

Are you kidding me? pic.twitter.com/tClnFKJ6tr

​However, the connection seems more explicit after Media Matters reported that the campaign used 88 different ads on June 17: in neo-Nazi symbolism, 88 refers to the eighth letter of the alphabet, and thus HH, for “Heil Hitler.”

This wouldn’t be the first time such a reference has turned up in connection to Trump’s presidency, either. In 2016, Trump had received a letter of endorsement signed by 88 former military leaders, and in 2018, the Department of Health and Human Services reported it had lost 1,488 migrant children in its custody. The number 14 also bears importance in neo-Nazi symbolism, referring to the 14 words "we must secure the existence of our people and a future for white children," a slogan coined by white supremacist terrorist leader David Lane.

However, the official Trump campaign Twitter account, “Trump War Room,” mounted a completely different defense: it claimed the inverted red triangle is “a symbol widely used by Antifa,” showing an image with “ANTIFA” emblazoned on the front, which observers immediately noted they had never seen Antifa use before.

It's also a symbol widely used by Antifa. It was used in an ad about Antifa.

It is not in the ADL's Hate Symbols Database. pic.twitter.com/AY1YRxduf4

​The only possible connection could be the Pink Triangle, which the Nazis used to denote homosexual concentration camp prisoners and is commonly used by left-wing gay rights activists. However, that symbol has its own history on the left, having been reappropriated by the LGBTQ community during the AIDS crisis, when it was used in conjunction with the phrase “silence = death” to argue that government neglect of research for an effective AIDS treatment was a kind of genocide on par with what the Nazis perpetrated.

However, it was not red.

​Facebook’s removal of the ads comes shortly after it came under fire for initially refusing to take down a post by Trump that said “when the looting starts, the shooting starts” on June 1, as protests against racist and vigilante police killings of black Americans swept the nation. While Twitter hid Trump’s tweet containing the message, Facebook dragged its feet for days. The company has also been criticized for refusing to fact-check political ads posted on the site for potential misinformation, arguing that social media platforms should not be “arbiters of truth.”