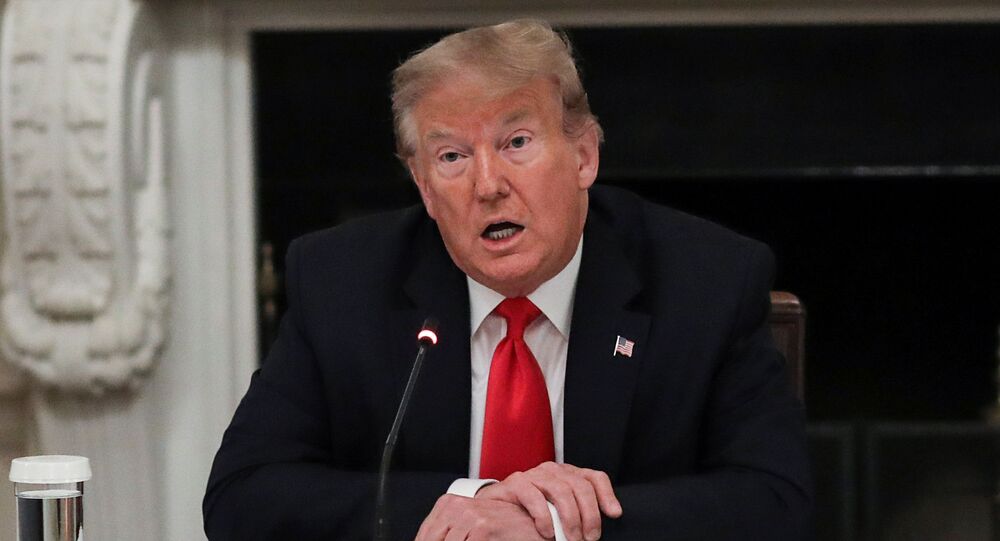 Relations between the United States and China have been tense recently, as Washington has repeatedly accused Beijing of downplaying the coronavirus pandemic, "threatening" US national security, launching "disinformation campaigns" and influencing other countries and organizations.

US President Donald Trump tweeted that the United States "under various conditions maintains policy option of complete decoupling from China", after Trade Representative Robert Lighthizer said earlier in a Senate Committee hearing that he did not believe decoupling the two countries' economies would be a "policy option at this point".

It was not Ambassador Lighthizer’s fault (yesterday in Committee) in that perhaps I didn’t make myself clear, but the U.S. certainly does maintain a policy option, under various conditions, of a complete decoupling from China. Thank you!

​During a speech in the Senate Committee on 17 June, Lighthizer said that he expected China to "live up to the agreement" of the trade deal with the United States and noted that Beijing "indicated they will". The Trump appointee added that, in his opinion, decoupling the two economies was not a "reasonable policy option".

"Do I think that you can sit down and decouple the United States economy from the Chinese economy now? That was a policy option years ago, but I don't think it's a policy or reasonable policy option at this point. I think you will see supply chains come back as a result of US policy", Lighthizer asserted.

Trump's remarks follow a statement made by US Secretary of State Mike Pompeo, who, after meeting with top Chinese diplomat Yang Jiechi on Wednesday, said that China was "recommitted" to carrying out its obligations under the Phase One trade deal.

Phase One of a new over-arching trade policy was struck by Beijing and the Trump administration in January, envisaging China purchasing an additional $200 billion in US goods and services over the next two years in exchange for Washington cutting its tariffs on $120 billion worth of Chinese goods, to 7.5 percent.

The global economic crisis caused by the coronavirus pandemic dampened the agreement, however, with Trump fuelling tensions by putting the blame on Beijing for downplaying the threat of COVID-19 and concealing data on the outbreak. China has repeatedly denied the accusations, slamming them as "politicized" and insisting that the country's data on the pandemic has been transparent.

US-China 'Phase One' Trade Deal Could Have Been Struck Without So Much Pain, Via Talks - Prof